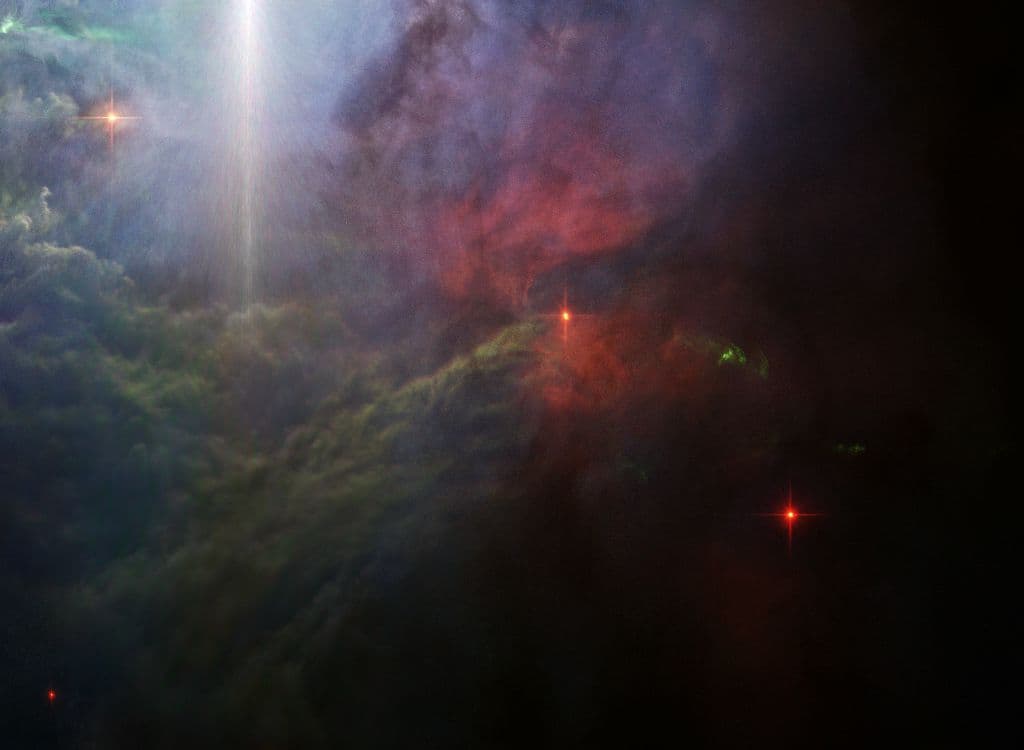 This celestial region has a strange, other-worldly feel to it. Instead of a typical nebula, it almost looks like a painting that shows rays of light pouring into a cave on Earth.

Of course, this is a star forming region situated in another part of the Milky Way. Called NGC 2023, this nebula, which spans four light-years across, lurks 1,500 light-years away from Earth in the Orion constellation (it lies within close proximity to several much more famous regions, including the Horsehead Nebula and the Great Orion Nebula)

By classification, NGC 2023 is a reflection nebula powered by a massive, extremely powerful young B-type star, called HD 37903 (which is just out of site in this particular image). In addition to being the most luminous member of a grouping of stars residing within the Lynds 1630 molecular cloud, NGC 2023 is also extremely hot, several times hotter than the Sun even.

According to NASA, “Stars are forming from the material comprising NGC 2023. This Hubble image captures the billowing waves of gas, 5000 times denser than the interstellar medium. The unusual greenish clumps are thought to be Herbig–Haro objects. These peculiar features of star-forming regions are created when gas ejected at hundreds of kilometres per second from newly formed stars impacts the surrounding material. These shockwaves cause the gas to glow and result in the strange shapes seen here. Herbig–Haro objects typically only last for a few thousand years, which is the blink of eye in astronomical terms.”

While the image was taken by Hubble, it has been reprocessed by the talented Judy Schmidt (Geckzilla).