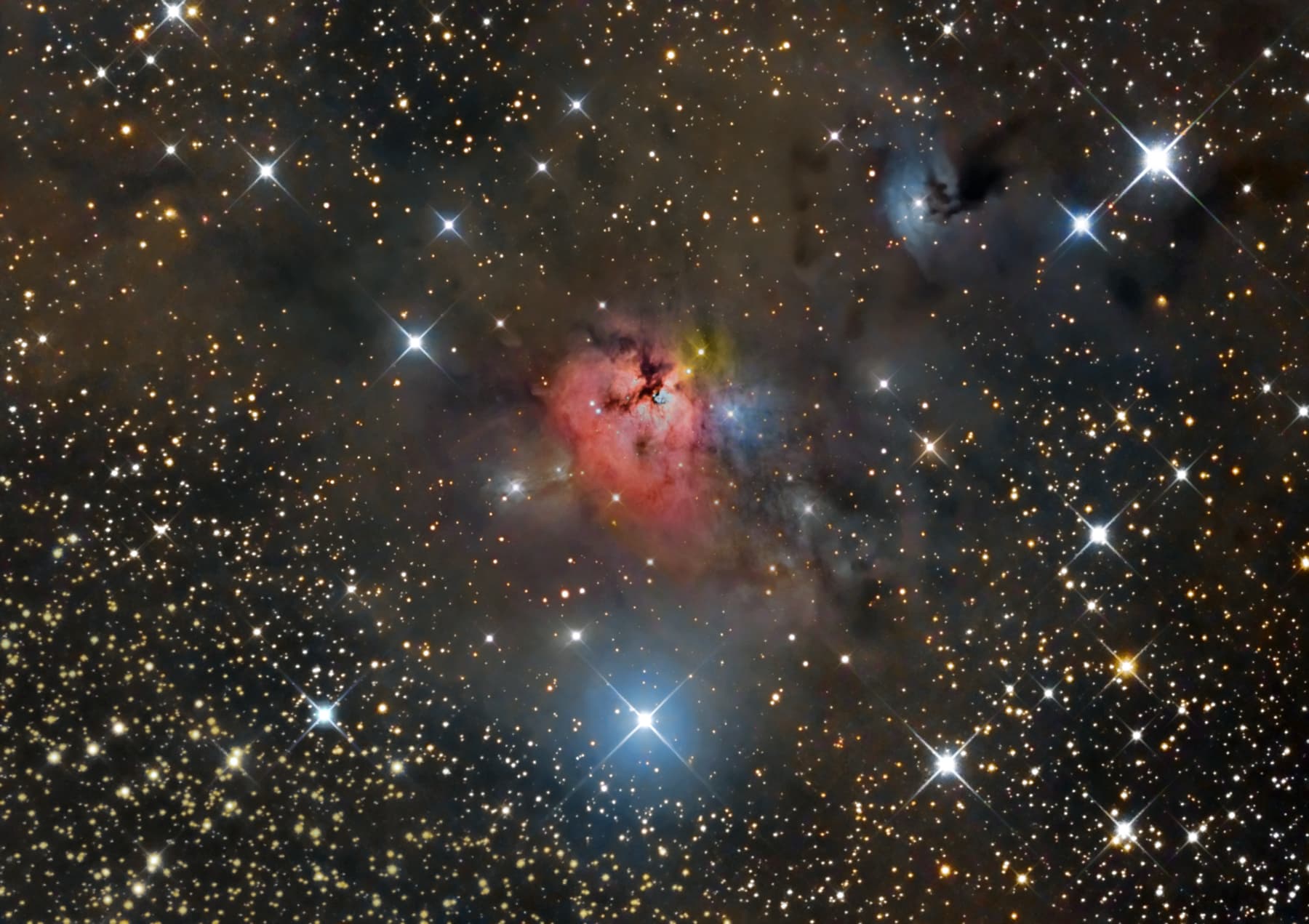 Trifid is one of the largest and most colorful parts of the galaxy, but, while the likeness is indisputable, this ain't it. Rather, it's a little-known nebula found much further north, called NGC 1579 (also known, quite obviously, as the Trifid of the North).

Also like Trifid, this quaint little nebula is a star forming region that continues to actively churn out new stars; These stars, in turn, are surrounded by copious amounts of gas and dust, which span around 3 light-years in all. Throughout the region, there are several areas of interest: including emission, reflection and dark nebulae.

First and foremost are the dark nebulae, which are interwoven into the very fabric of Trifid of the North itself, creating a series of interconnected filaments of interstellar dust, Next, we have emission nebulae, which are rendered from ionized hydrogen gas. Finally, we come to the reflection nebulae. They are the result of starlight encountering these same particles of dust and scattering, generating a fierce blue hue that nicely compliments the red and black

If the dust settled, the clouds would open up and we would be able to see many extremely large and incredibly hot stars. They are so large, in fact, that many of them only live millions of years before going supernova, but they leave a lasting impression on their environment.

NGC 1579 can be found about 2,100 light-years from Earth in the constellation of Perseus.