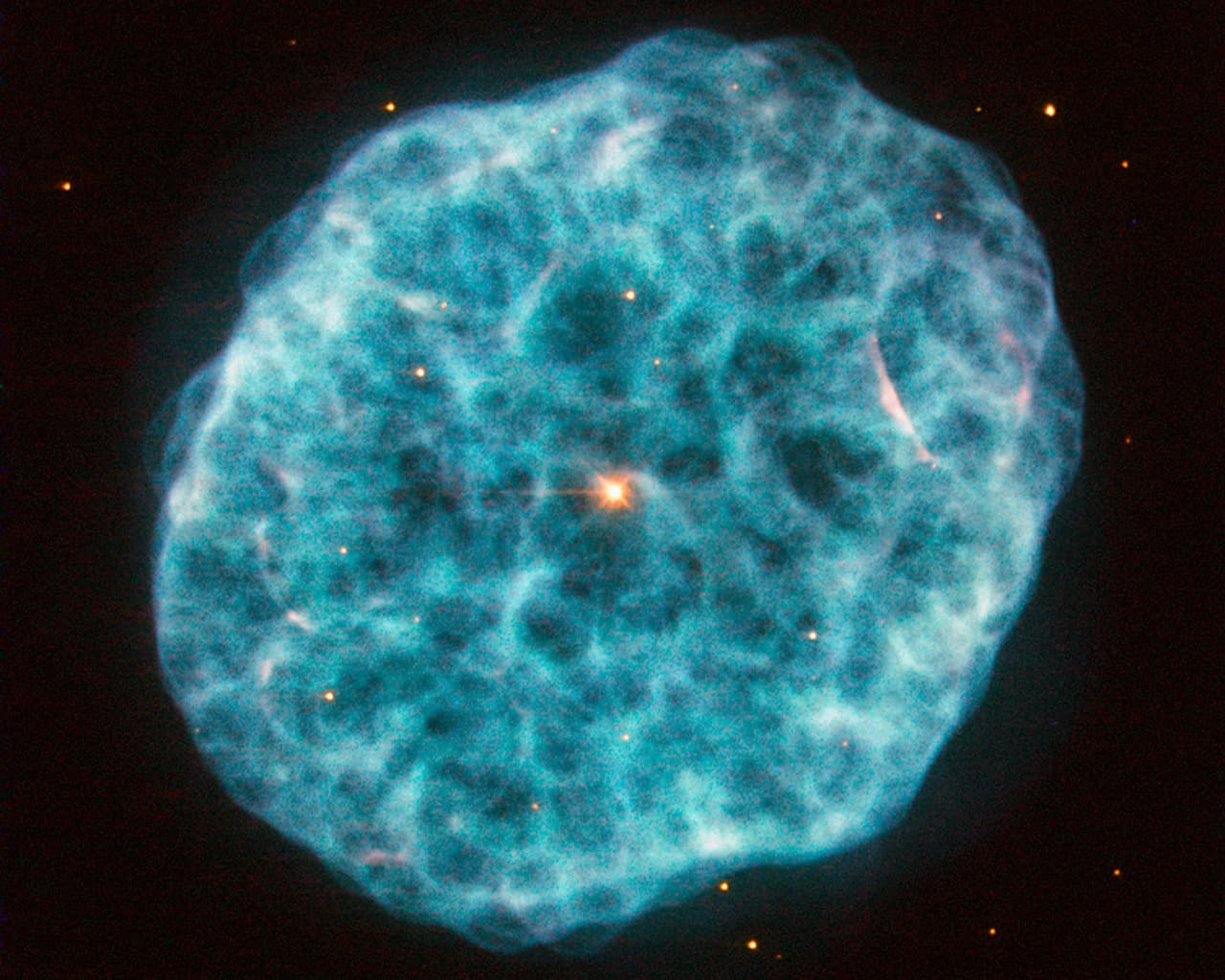 Despite not being as big, bright or as hot as high-mass stars, when Sun-like stars finally die, they leave behind nebulae every bit as complex and colorful as their larger counterparts. For proof of concept, see NGC 1501 (also known as the Oyster Nebula); a planetary nebula found about 5,000 light-years from Earth in the constellation of Camelopardalis (The Giraffe).

The progenitor star can be seen directly in the nebula's center, as the bright pinpoint of light illuminating the surrounding gas. Interestingly, this star has garnered more attention than the nebula it spawned, all because of one characteristic: strong pulsations. Over the course of the 200 odd years since it was cataloged (back in 1787 by noted astronomer William Herschel), astronomers have recorded huge deviations in its luminosity. What's more is that these changes can manifest very quickly. Sometimes, it can brighten and dim significantly in just half an hour.

While variable stars are not uncommon in and of themselves (our Sun is technically one of them, but on a much smaller scale), it IS rather odd to find one tucked within the heart of a planetary nebula.

Something else worth mentioning is that it's one of a small number of nebulae astronomers have mapped the 3 dimensional structure of. With NGC 1501, we learned that, among the complex filamentary structures, the irregularly-shaped surrounding gas cloud has numerous 'bumpy and bubbly' regions.