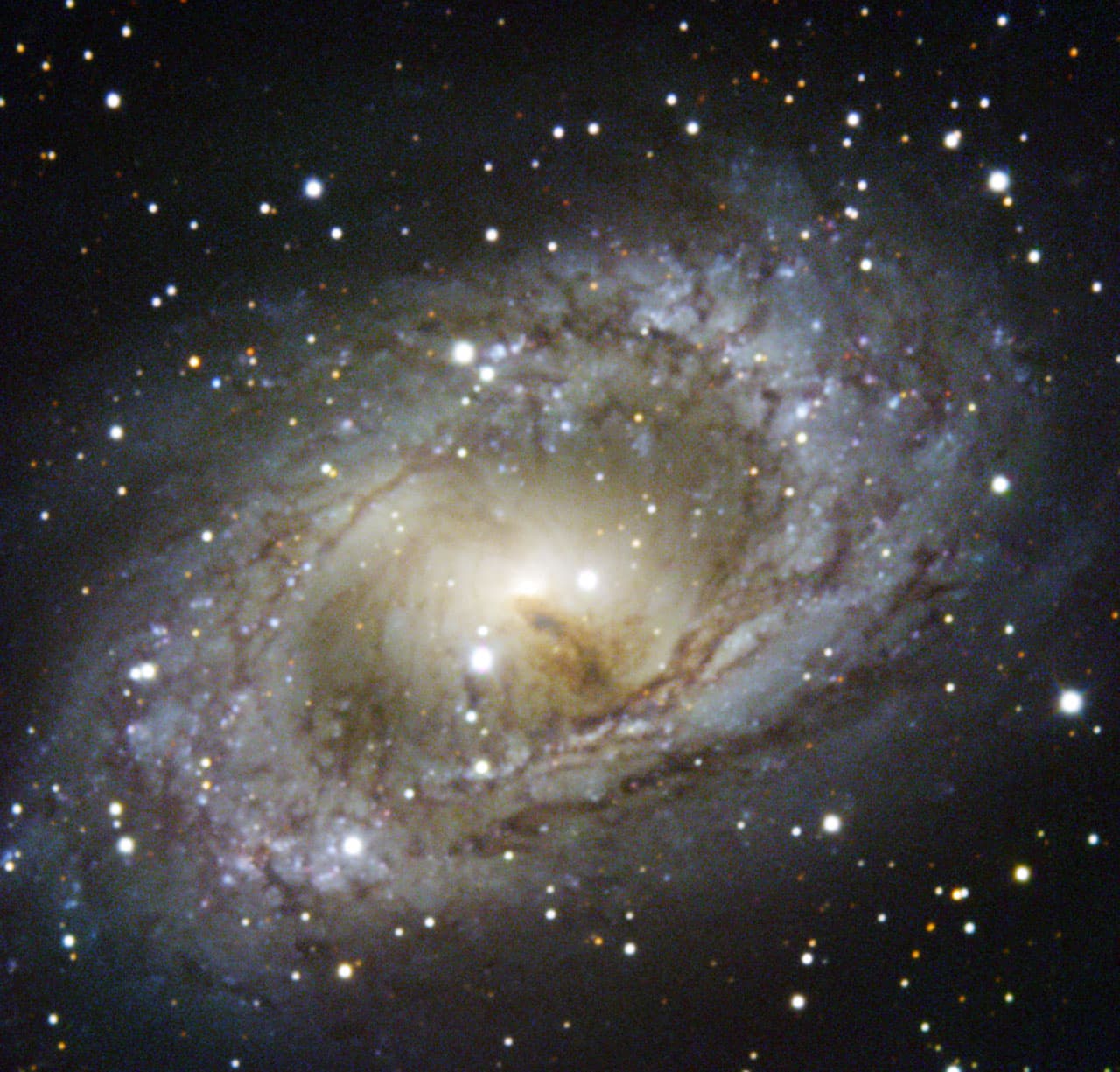 Meet NGC 6300, a galactic gem that lurks around 50 million light-years from Earth in the constellation of Ara (the Altar). The image above, which was entered into Hubble's Hidden Treasures image processing contest by Brian Campbell, is certainly one of the most detailed ever taken, with its delicate series of rings up front and center.

In a new image from the European Southern Observatory (ESO), NGC 6300 is explored in new light. Taken by the Faint Object Spectrograph and Camera (EFOSC2) situated aboard the 3.58-meter New Technology Telescope (NTT), it highlights the swirling spiral arms, and the vibrant central core of the galaxy, which is barred and spiral in nature.

Unlike many of its predecessors, this version clearly shows the bar that pervades the center of the galaxy and cuts it in half. It, however, gives one the impression that its merely a spiral galaxy, when it's technically classified as a Seyfert II galaxy.

Within this group, we come across galaxies with exceptionally bright central cores. Only most of this light can't be seen at the visible portion of the electromagnetic spectrum, but in infrared and x-ray light—most of the radiation is spat out by the energetic supermassive black hole looming in its nucleus. It's believed to be more than 300,000 times more massive than our own Sun is, as such, it dwarfs the Sun in x-ray emission as well.