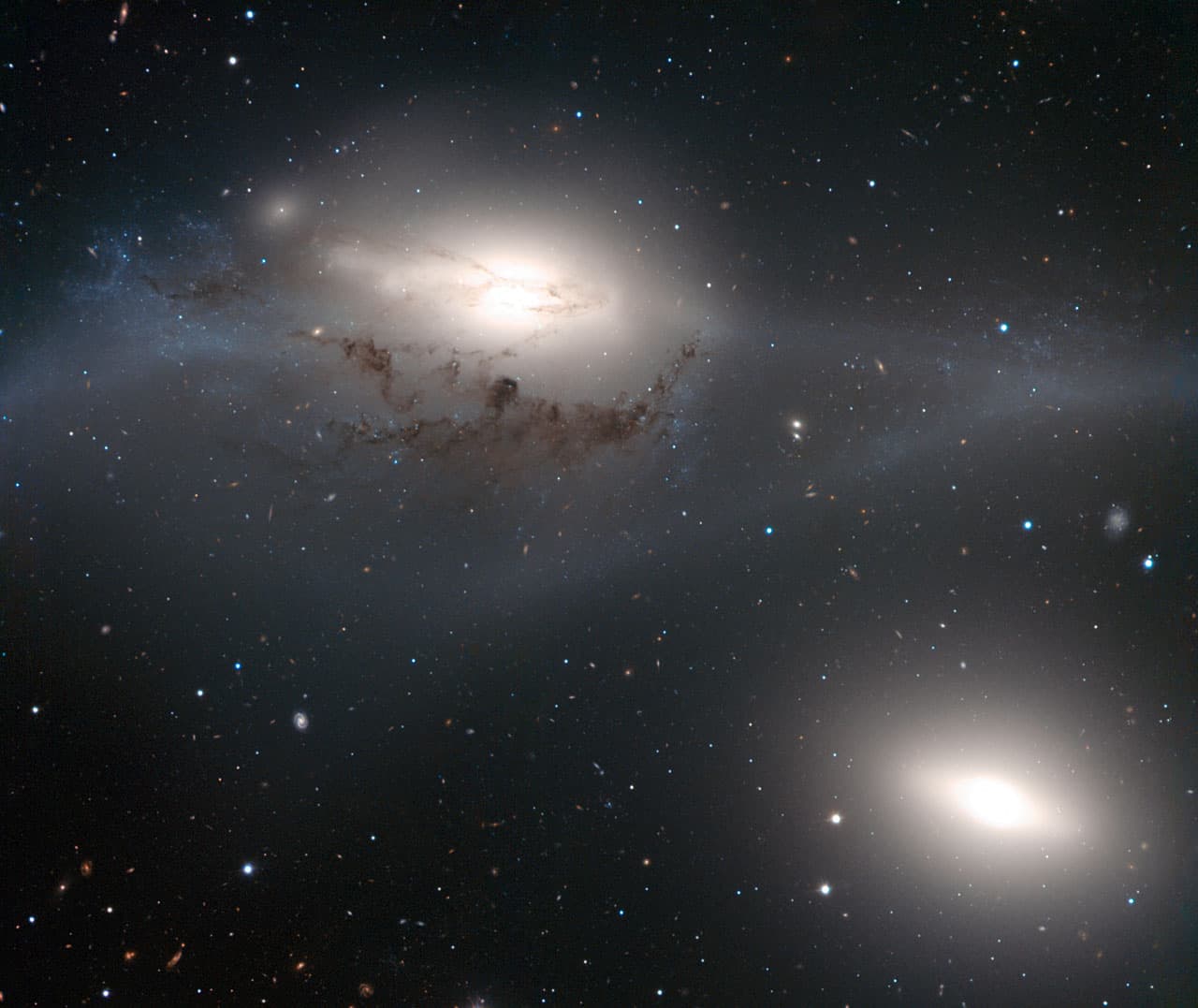 This stunning image was captured in astounding quality using  the FORS2 instrument on the ESO's "Very Large Telescope." It gives us an opportunity to look deeper into the processes impacting two interacting galaxies — NGC 4438 and NGC 4435  — that comprise Arp 120 orthe Eyes (from afar, we see that the galaxies resemble a percentage sign) Both can be found approximately 50 million light-years from Earth in the constellation of Virgo.

The deeper look shows us that one member of the pair — NGC 4438, the one pictured near the top — was once a spiral galaxy by designation. At least it use to be until something cataclysmic happened many millions of years ago.  the galaxy so thoroughly, it essentially made it unrecognizable. The changes are likely the result of a nearby gravitational encounter, The tidal tails that extend between the two galaxies and ultimately bridge them support that notion.

The second one, dubbed NGC 4435, is a young and active lenticular galaxy recently discovered by the Spitzer Space Telescope. Its activeness is particularly obvious in its core, as the central region alone occupies more than 50 percent of the galaxy's total diameter .