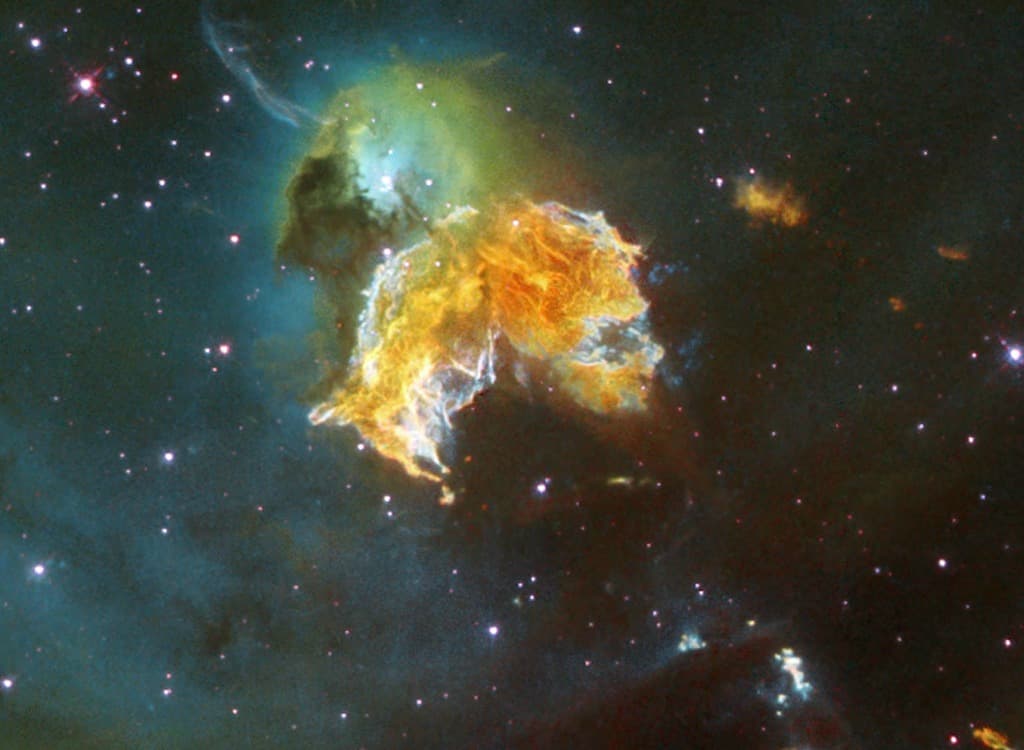 The Large Magellanic Cloud (LMC)—one of the Milky Way's largest satellite galaxies—may be a bit smaller than we are accustomed to seeing, but it's every bit as dynamic as its larger counterparts. In this image from Hubble, we meet one of the best examples.

N 63A—the remnant of a star that exploded long ago—belongs to the N 63 star-forming region. They, in turn, can be found approximately 160,000 light-years from Earth toward the constellation of Dorado.

Within this section of the Large Magellanic Cloud, we see much more than a simple stellar nursery, but some of the most massive stars known to man. It's believed that the progenitor star (the one that went supernova) was around 50 times heavier than the Sun—indicating that it burned hot, shone brightly, and was short-lived. Ultimate;y, stars of this magnitude eject their gaseous envelopes at a fervent rate through stellar winds—often leading to the formation of "cavities" in the material surrounding the stars.

Some of N 63A's most fascinating features can't be seen at optical wavelengths, but some can. For instance, scattered throughout the larger region are numerous misshapen "mini-clouds," which managed to persist because they were too dense for the stellar winds to completely dissipate. Now, they are concentrated within the shell.

According to the ESA: