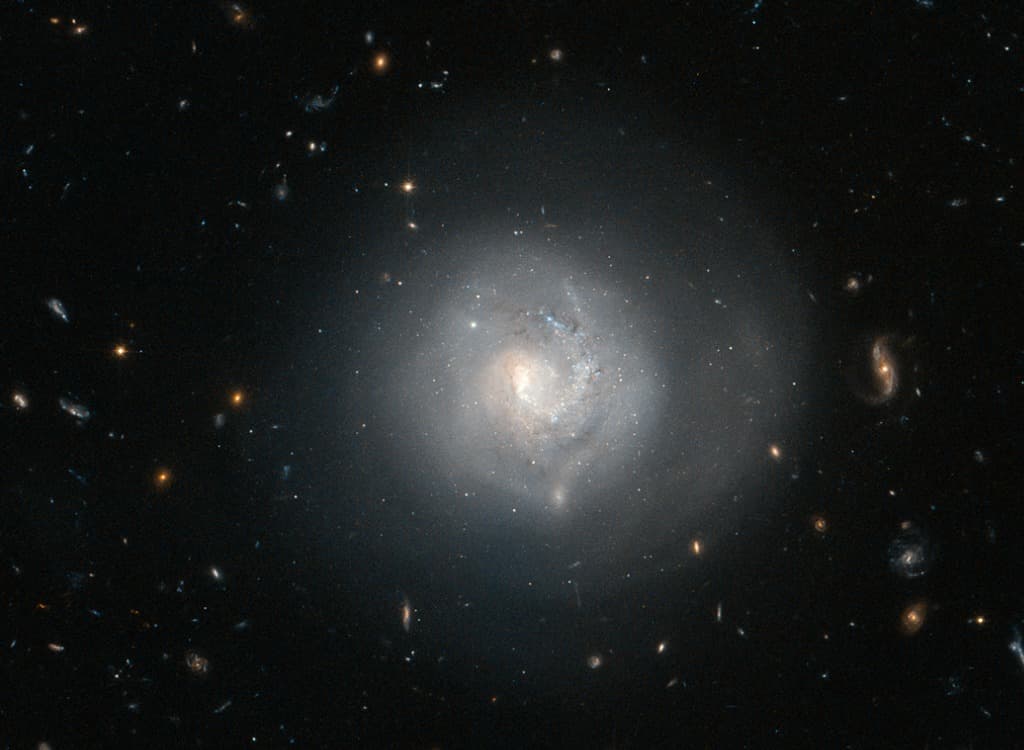 A new image from the Hubble Space Telescope provides the clearest view yet of a distant galaxy, which is surrounded by small galaxies even more distant than itself. Called Markarian 820 (or Mrk 820), it can be found 300 million light-years from Earth toward the constellation of Bootes.

It is classified as a lenticular galaxy, which means, morphologically speaking, it has characteristics of a spiral and elliptical galaxy. Galaxies in the former group—including our own, the Milky Way—have defined features: including winding spiral arms; formidable, bright cores; disks; and distinct patches of blue and pink star-forming regions. Elliptical galaxies, on the other hand, are much larger than their spiral counterparts, but they lack much of what makes other types so picturesque.

The ESA expands on the nature of Mrk 820, and other galaxies like it:

This image of Mrk 820 was submitted into Hubble's Hidden Treasures image processing contest by Judy Schmidt.