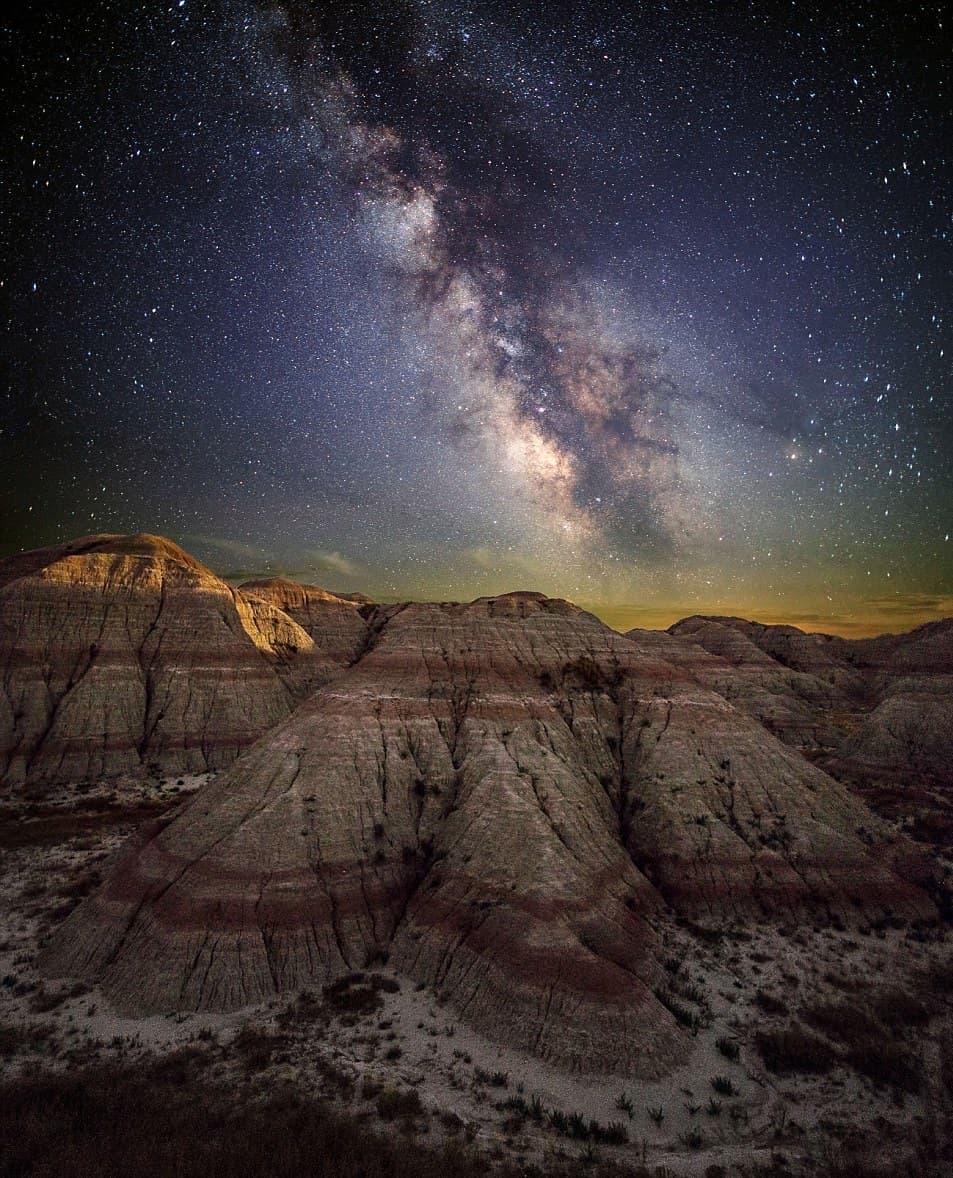 The Milky Way galaxy, in all of its glory, is present in a beautiful image that combines the best of the heavens and Earth. Taken above the Badlands—a national park in South Dakota, USA—various geological features also make an appearance.

Of course, like most of the grand terrain in the midwest, the badlands were forged over the course of millions of years by erosion and deposition. Over time, mineral and volcanic acid deposits built up, layer-by-layer, and were subsequently sculpted by natural phenomena. It's believed that these particular formations began accumulating around 80 million years ago, erosion, spanning over three different geological time periods. by wind and rain left distinct imprints of each period—the Cretaceous Period, the Late Eocene period, and the Oligocene Epoch, which came to a close roughly 23 million years ago.

In recent times, we have learned that the formations comprising the badlands continue to erode at a rate equal to 1 inch per year. Not exactly so fast that you should see them while you can, but the pristine night skies are a big plus.