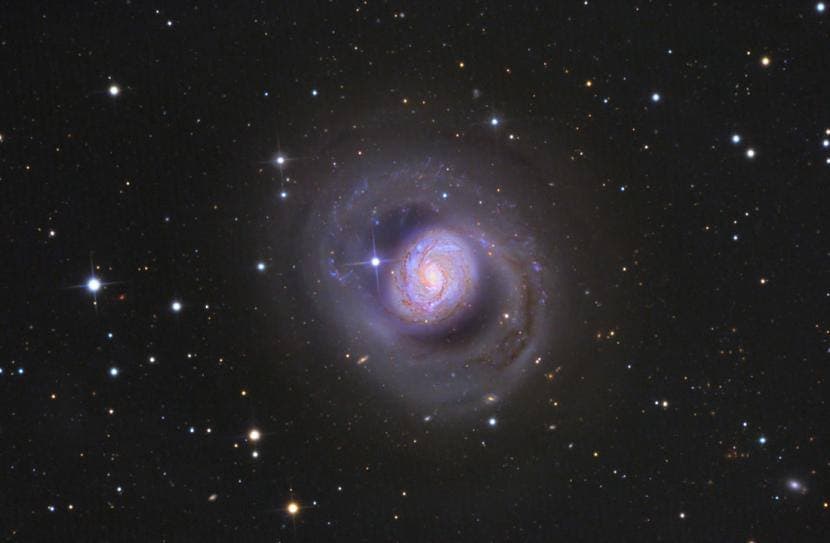 This lovely galaxy is one of the best examples of an active galaxy, with the bright galactic core and the large halo of interstellar materials.

The galaxy, known as Messier 77 (or NGC 1068), is a spiral galaxy located some 60 million light-years from Earth (in the Cetus constellation). We're in a great position to study this galaxy, as its seen face-on from our perspective (this lets us see the various layers of the galaxy, rather than us merely being able to study the outermost edge). It's relative position from Earth also allows astronomers to probe the mystery of supermassive black holes, which are almost always found lurking at the galactic center of large galaxies.

This particular image of Messier 77 is a composite, stitched together using images taken of the galaxy at multiple wavelengths. (including optical data, infrared, ultraviolet, x-ray and radio wavelengths) This allows us to see portions of the region that would not otherwise be discernible at one individual wavelength.