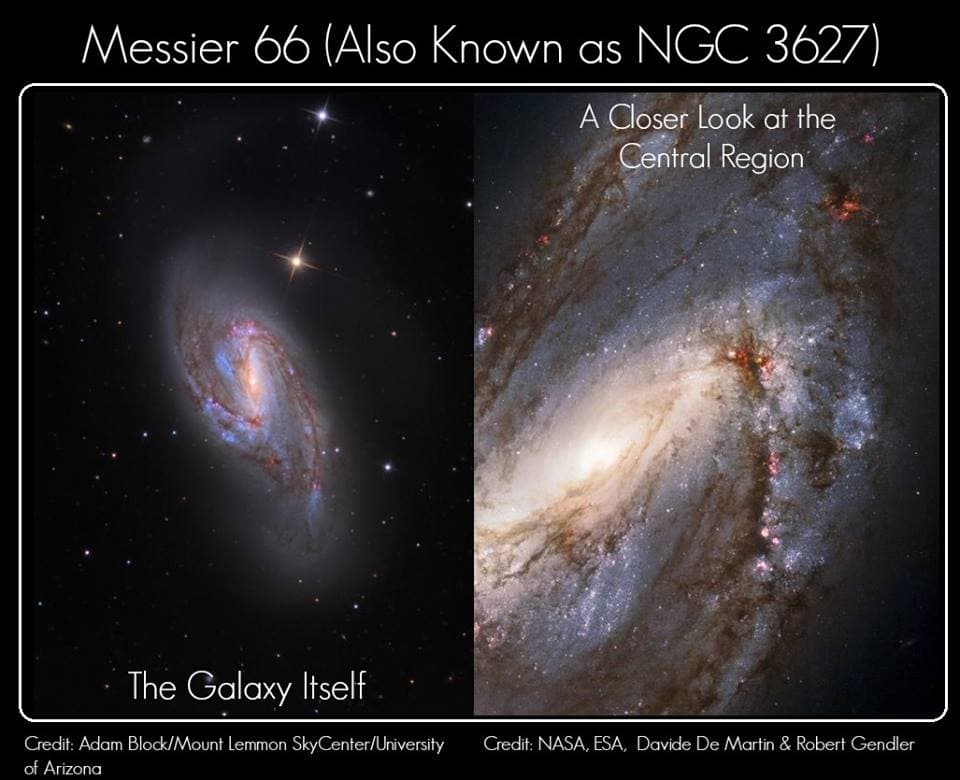 This absolutely picturesque galaxy is Messier 66 (also known as NGC 3627), an intermediate spiral galaxy found more than 36 million light-years from Earth (in the constellation of Leo). The galaxy itself is a member of the famous Leo Triplet (or the M66 group); a region of space that contains several small galaxies. (The galaxy we're looking at here is the largest of the bunch, coming in with a diameter of about 100,000 light-years  -- roughly equivalent to the size of the Milky Way) Among them, we also have both Messier 65 and NGC 3628.

M66 is most famous for its somewhat asymmetric spiral arms, which are likely the result of a gravitational perturbation between M66 and another galaxy from the Leo Triplet. (The most likely culprit would be its neighbor, M65.) Scattered among the spiral arms, hundreds of massive and hot blue-white stars, which are indicative of star formation activity, can be seen.

See a larger image of the galaxy's central region here, or view a high-resolution version of the galaxy from a distance here.