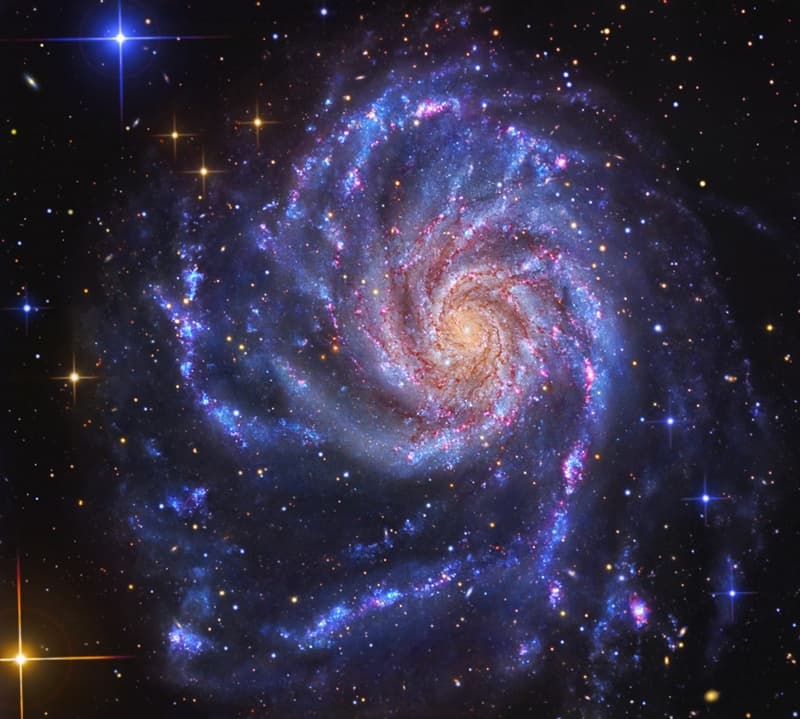 This incredible image, taken by R Jay GaBany, reveals the many colorful layers of the galaxy known as The Pinwheel Galaxy (also known as Messier 101). This celestial feature is an extremely popular galaxy to capture and study, but this has to be one of the most spectacular images ever taken of it.

M101 itself has various interesting features, but perhaps most prominently (at least in this version) is its asymmetrical structure Astronomers posit that its unusual shape is an artifact left behind after the galaxy experienced a close encounter with another galaxy in its past, but the culprit has yet to be identified. Moreover, we can see almost 3,000 starforming regions that cropped up after the gravitational collision.

Another observation that sets this galaxy apart from other spirals like our galaxy is the sheer number of stars contained within. The Pinwheel Galaxy has an estimated one TRILLION stars,  while the Milky Way  has about 400 billion (meaning, it has merely 1/4th of the stars the Pinwheel Galaxy has), though it's worth mentioning that the Milky Way is almost less than half its size.

This featured galaxy can be found about 21-million light-years away from Earth in the Ursa Major constellation.