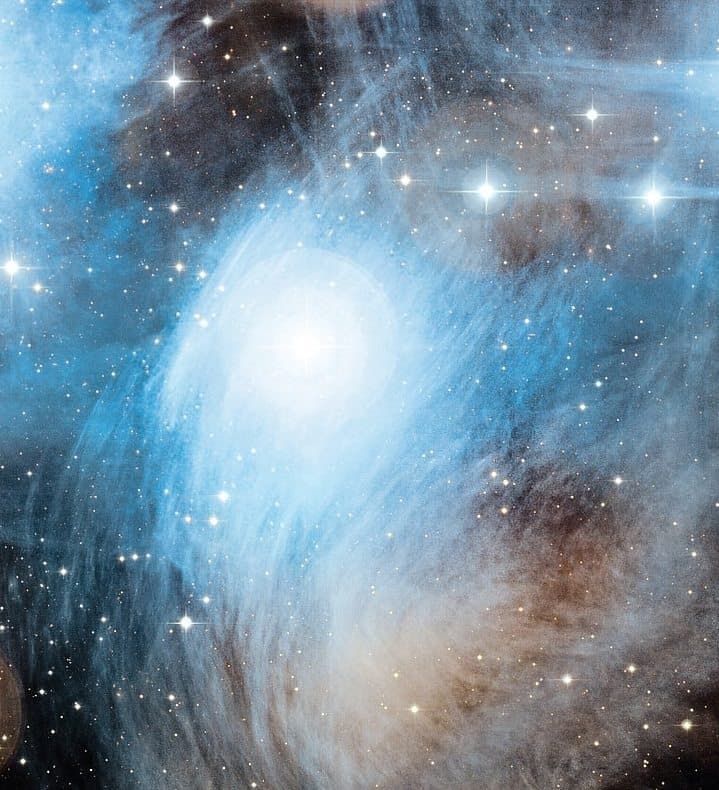 In this image, a nebula can be seen reflecting the light of a neighboring star, which lies some 440 light-years away in the constellation of Taurus.

Merope's Reflection nebula (also known as Tempel's Nebula or NGC 1435) and other stellar nebulae of a similar form, are created when grains of interstellar dust reflect the light of embedded stars. The blue color, which is brilliant in this particular nebula, is so prevalent because dust scatters blue light much more easily than red.

Also seen here is one of the brightest stars in the Pleiades cluster, Merope (23 Tau). All the way to the far left is Bernard's Merope Nebula, which is also known as IC 349. This area is particularly efficient at reflection, giving it its brilliant layered aesthetics.

See a larger version of this image here.