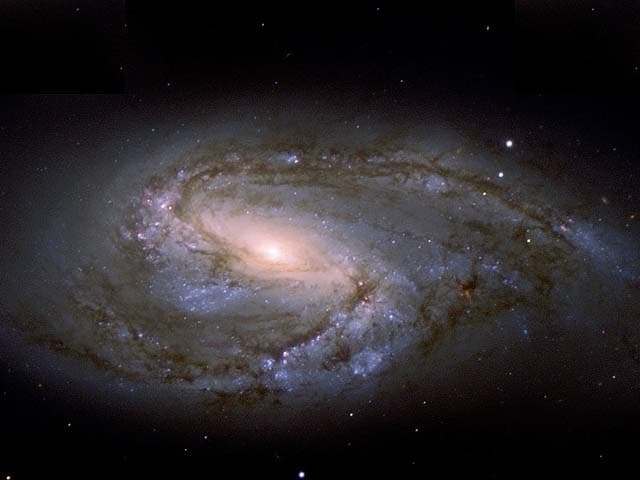 This is yet another stunning Messier object; M66 — an intermediate spiral galaxy that lurks more than 36 million light-years away from Earth in the Leo constellation. Along with its inclusion in the Messier Catalog, Messier 66 is also the defining member of the M66 group (also known as the Leo Triplet), which contains just a handful of neighboring galaxies with a common center of mass (M66 itself)..

Among its various notable characteristics, Messier 66 is known primarily for its asymmetrical spiral arms, which indicate that the galaxy experienced turbulent times in its recent history; The most likely scenario involves a gravitational encounter with another member of the Leo Triplet group. Such an encounter would account for the high concentration of star forming regions seen all throughout its spiral arms.

Additionally, M66 is the most spacious of its group, with it spanning about 100,000 light-years across (almost the same size as the Milky Way). Impressively, astronomers were still able to pinpoint a supernova that ignited within the galaxy in 2009. In fact, at least 3 supernovae have been spotted over the years.

From the Messier Catalog: