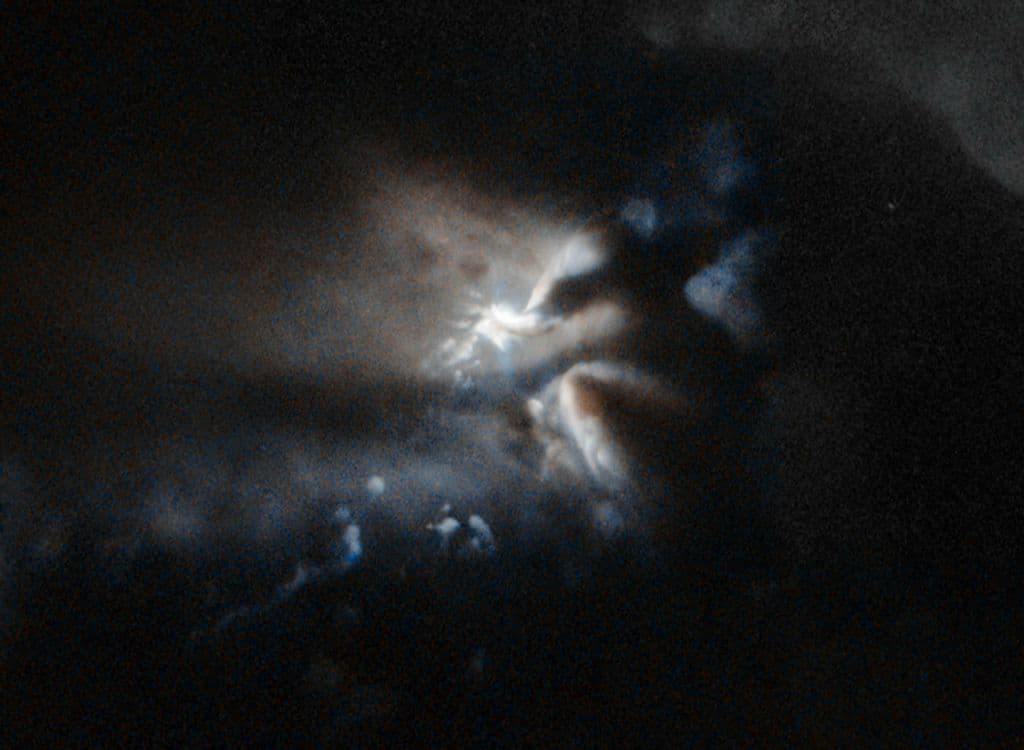 It would be easy to mistake the image above with something Earthly. It almost looks like reflected moonlight breaking through patchy clouds in the dead of night, but in fact, we are seeing something much more exotic.

Called LDN 43, this stunning scene can be found more than 500 light-years from Earth in the Ophiuchus constellation. Despite the fact that it has an ominous feel to it, this region is actually the birthplace of a new star. When the light left its part of the galaxy 500 years ago, the baby star hadn't yet emerged from its dusty cocoon. If we were able to see it in 'real time' we'd likely be greeted by a dramatically different sight.

You see, young stars have a profound impact on their surroundings. As they continue to reach maturity, the impact becomes all the more apparent.  Take this star, dubbed RNO 91, it's still categorized as a pre-main sequence star—meaning it, for all intents and purposes, isn't a fully fledged star just yet. It has some more time to go before it starts forging hydrogen into helium in its core—yet it generates enough energy through gravitational contraction that the gas surrounding it glows and reflects, definitely not as much as it will once the gas and dust dissipate, but that's part of its current charm.

NASA expands on the manner in which RNO 91 gets its juice:

This is but one interpretation of the data, which was gathered by the Hubble Space Telescope. It was entered into Hubble's Hidden Treasures processing contest by the amazing Judy Schmidt.