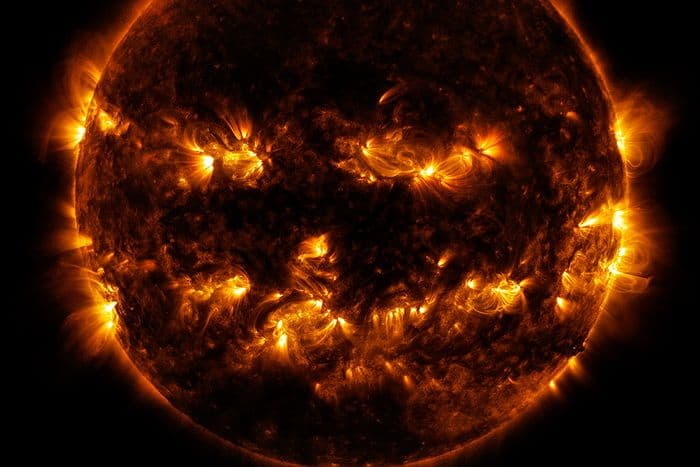 The Sun was clearly in a festive mood when it flared up earlier in October of 2014, allowing NASA's Solar Dynamics Observatory to capture images that, when combined, turn the Sun into an immensely large (and equally hot) jack-o'-lantern.

"The active regions in this image appear brighter because those are areas that emit more light and energy.  They are markers of an intense and complex set of magnetic fields hovering in the sun’s atmosphere, the corona. This image blends together two sets of extreme ultraviolet wavelengths at 171 and 193 Ångströms, typically colorized in gold and yellow, to create a particularly Halloween-like appearance," according to NASA.

We can't think of a single image that's more appropriate than this on Halloween.