Astronomy Photo of the Day: 9/8/15 — Inside the Prawn Nebula 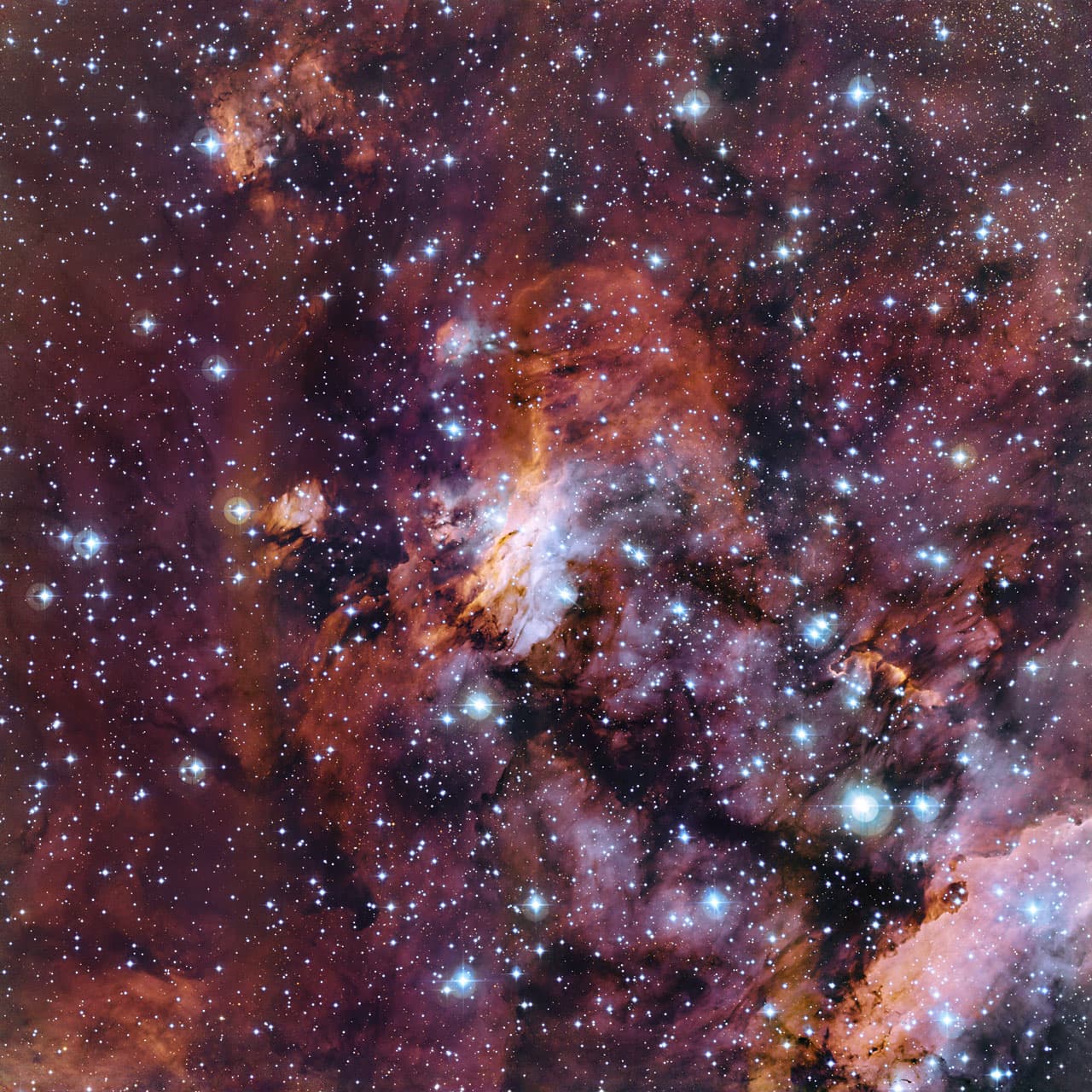 Meet the Prawn Nebula (otherwise known as IC 4628 or Gum 56): a nebula that can be found approximately 6,000 light-years from Earth with the constellation of Scorpius. Never heard of it? Don't feel too bad. Even though it's easily one of the largest star forming regions in our galaxy—spanning over 250 light-years across (occupying the same amount of sky as 4 full moons)—it is incredibly dim, with embedded stars emitting radiation at frequencies not perceptible to the human eye.

At the time, the image up top was the most comprehensive, taken using one of the ESO's newest and most powerful tools, the VLT Survey Telescope (VST). It intricately maps ionization within the hydrogen gas envelopes—a process that sees atoms stripped of their electrons. Once they recombine, the gas becomes ionized, and it glows brilliantly.

A new image from the ESO trumps the previous version by a long shot. Taken as a part of the Cosmic Gems program, this stunning view was captured using the 2.2-Meter Telescope's Wide Field Imager, which has a field of view equivalent to the full moon (meaning, we are only seeing a small fraction of the Prawn Nebula). Within this section, one can see the three clusters of stars primarily responsible for the ionization.

The ESO notes that 2 O-type stars—high-mass stars that shine brightly and die young—do most of the work, but it comes at a great cost. They only live for a few million years (at most), before they collapse, triggering as supernovae. After which, they seed the interstellar medium with even more raw material for star formation. It's a cycle that continues to play out time and time again, and not just with this nebula, but with them all. (See a larger image here)