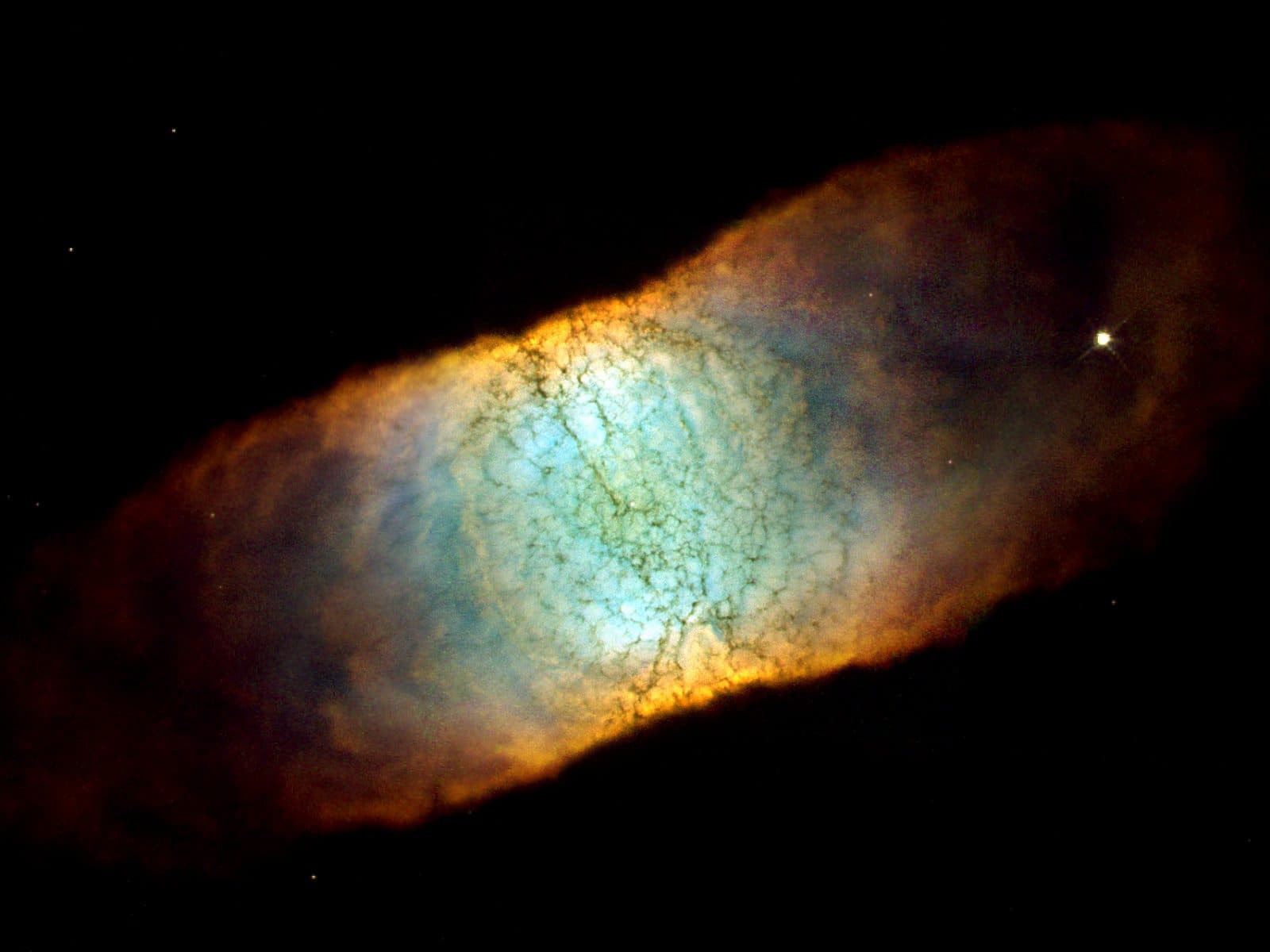 It's an unequivocal fact that stars like our Sun flicker into existence, live for billions of years and then they die, not with a bang, but with a whimper.  Our Sun still has enough juice left for another 4 billion years. After which, it will swell into a red giant, before ultimately forcing the remainder of its mass into a small, dense core called a white dwarf.

Its outer-envelope of gas will weave into a filamentary web of material, called a planetary nebula. Pictured above is a different, more exotic, example of one, dubbed IC 4406. It can be found about 2,000 light-years from Earth in the Lupus constellation.

Also known as the Retina nebula, this object is unusual in shape and characterization. Unlike most contemporary planetary nebulae, IC 4406 is almost shaped like a square from our vantage point. However, research suggests that if we could see it from the top, it would resemble the famous Ring nebula.

This image is a composite put together using images taken between 2001 and 2002 by Hubble. Each dataset puts different sections of the nebula on display, including the hot, energetic outflows of gas spilling out of both ends of its bipolar structure, along with the cosmic-equivalent of smog (interstellar dust) that gives the nebula — especially the central region — the appearance of cracked paint. You can't, however, see the proteginer star (normally found in the center) in this particular image.