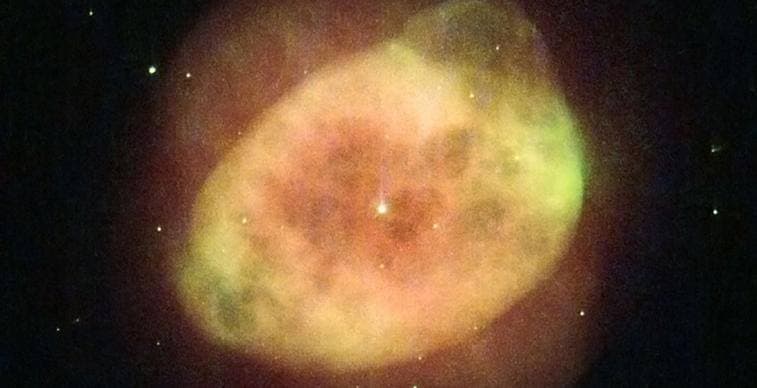 Resembling a beautiful, glowing space jewel, Hubble takes a look at another planetary nebula; the cumulative result of more than 8 billion years of nuclear fusion. (Named as such by William Herschel, due to their resemblance to ringed planets when viewed through a moderately powerful telescope)

This planetary nebula, dubbed IC 289, is centered around a dying star (pictured as the bright, white orb located smack dab in the middle of the image). Surrounding it is a cloud of ionized stellar material.

The star has now evolved from a main sequence star (capable of sustaining nuclear fusion in its core) to a white-dwarf, a phase it will remain in for several more billions of years  or so, until the star cools and the gases that make up the shell begin to dissipate.

This particular celestial firework scene can be found in the constellation of Cassiopeia.