Astronomy Photo of the Day: 9/7/15 — The Heart of the Sunflower Galaxy 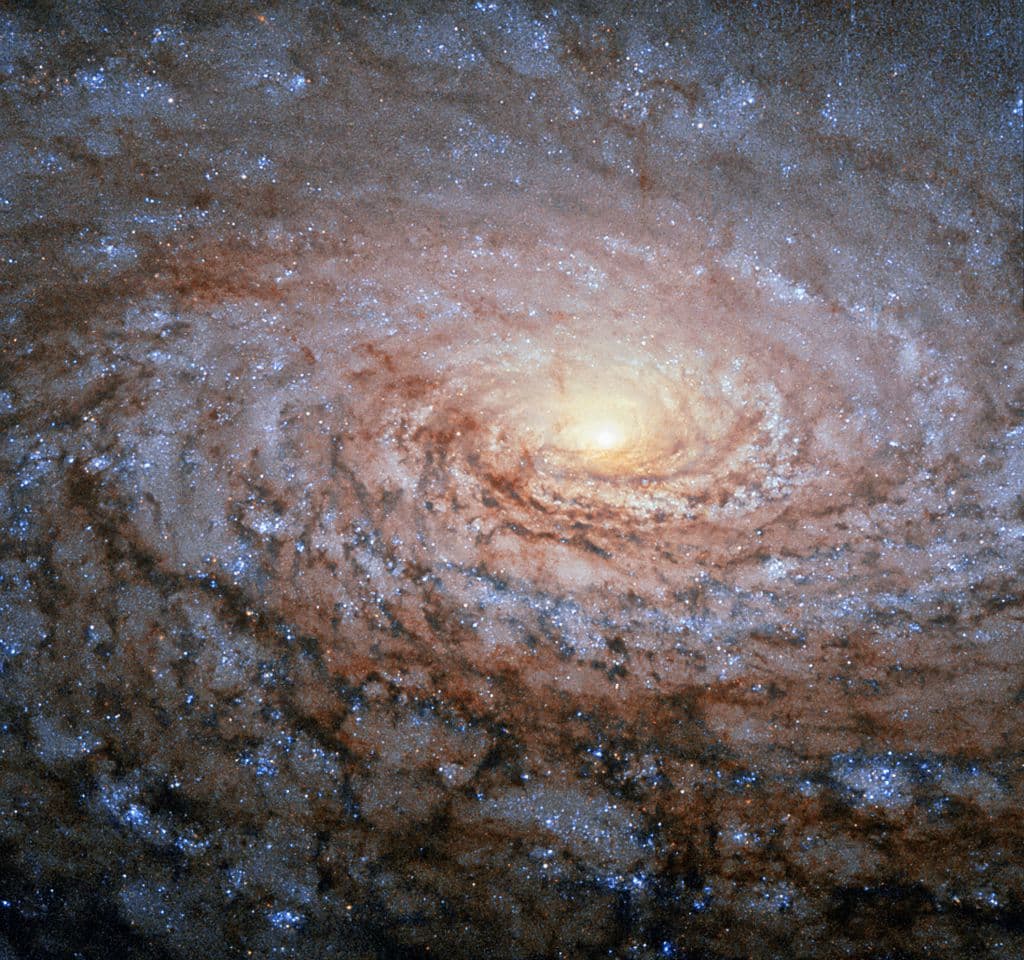 The Sunflower Galaxy—otherwise known as Messier 63, M63, or NGC 5055—can be found 25 million light-years from Earth toward the constellation of Canes Venatici. While M63 is considered a spiral galaxy, it technically belongs to a subclass called flocculent spirals, which are characterized by central disks, with short, stubby spiral arms. Like the Milky Way, it too has a bar and a sprawling halo.

This new image from the Hubble Space Telescope zeroes in on the galaxy's central region. From here, it's fairly easy to see why astronomers call it the Sunflower Galaxy: Its stars, gas and dust are arranged in such a way that the overall picture resembles a sunflower in full bloom.

Ultimately, the Sunflower Galaxy belongs to the M51 Galaxy Group, which includes other notable galaxies such as the famous Whirlpool Galaxy (otherwise known as Messier 51). (See a larger image here)