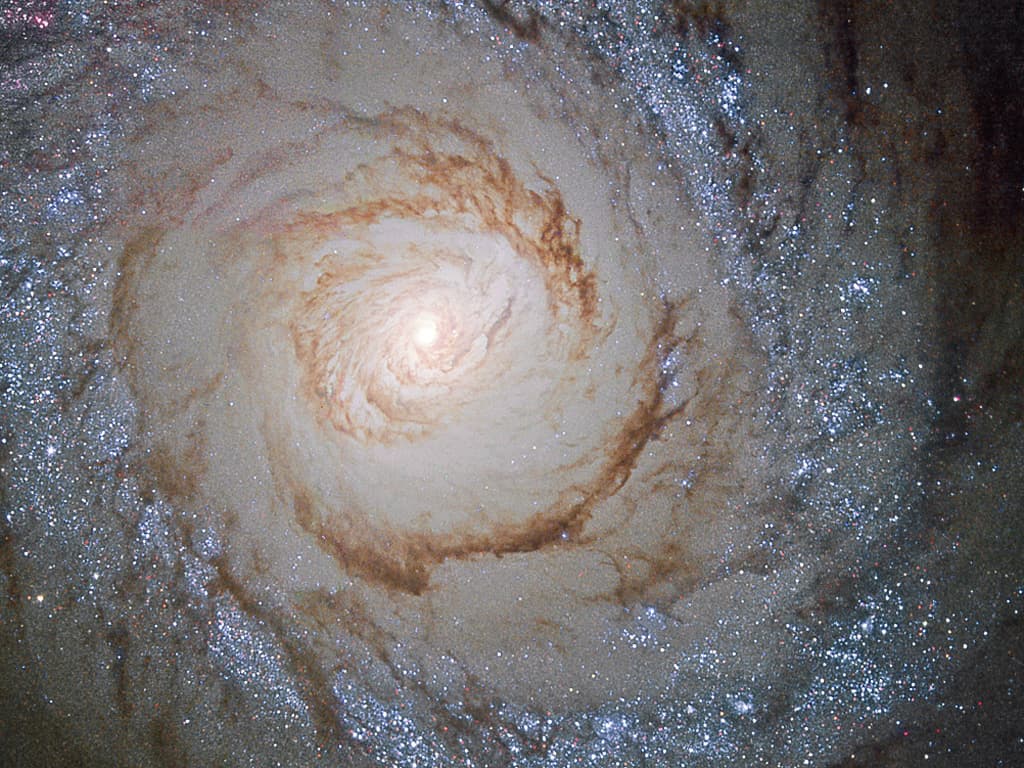 The latest image from the Hubble Space Telescope peers into the heart of one of the most beautiful galaxies in the Messier catalog. Known as Messier 94—M94 for short (or NGC 4736)—it can be found approximately 15 million light-years from Earth toward the constellation of Canes Venatici.

M94 itself may be a little on the small size, spanning just 50,000 light-years across (our own galaxy is at least twice its size), but its central core is among the brightest—making it very popular with amateur astronomers. Of course, that is far from the most beautiful feature; that honor goes to its intricate series of rings, which seamlessly blend into its sweeping spiral arms.

Within Messier 94's brightest and most prominent ring, new stars are born at a fervent rate. Called a starburst ring. the feature suggests M94 was recently involved in some collision or merger, most likely with a satellite galaxy, or a similarly small companion.

"The cause of this peculiarly shaped star-forming region is likely a pressure wave going outwards from the galactic centre, compressing the gas and dust in the outer region," the ESA explains. "The compression of material means the gas starts to collapse into denser clouds. Inside these dense clouds, gravity pulls the gas and dust together until temperature and pressure are high enough for stars to be born." (See a larger image here)