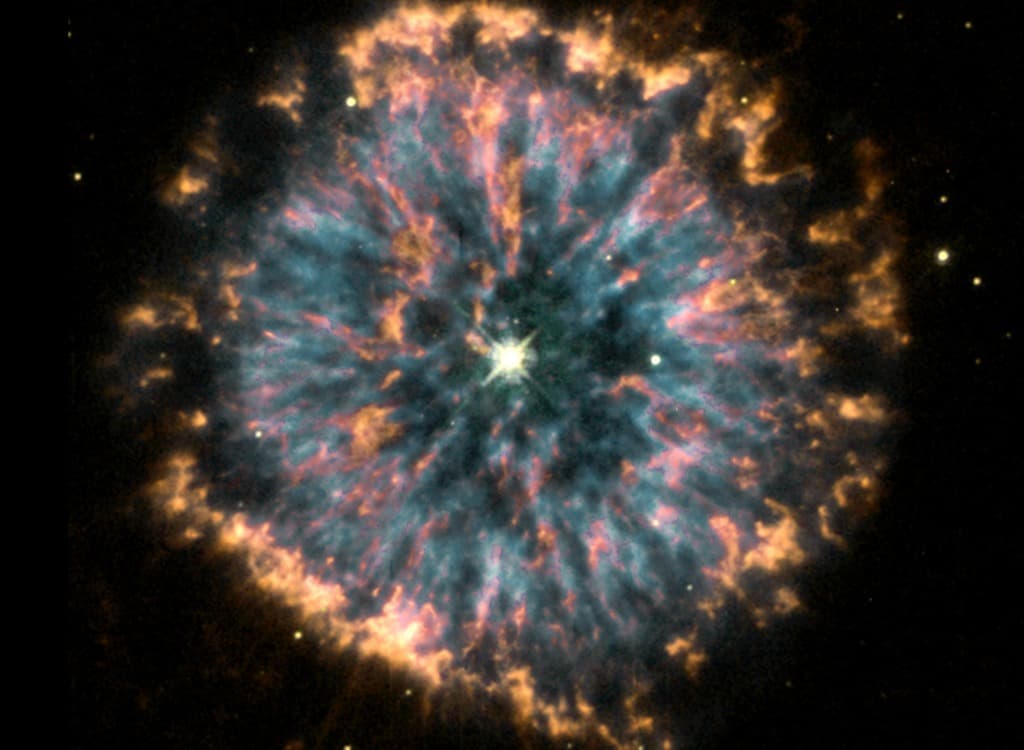 Planetary Nebulae—the fiery structures spun from medium-mass stars as they die—come in a variety of different forms. Some are symmetrical, some are spherical, some are simple, while others are complex. Rarely do we see them quite like this.

NGC 6751—more commonly known as the Glowing Eye Nebula—is a complex planetary nebula located approximately 6,500 light-years from Earth toward the constellation of Aquila. In addition to its complexity, it is also extremely large—one of the largest, in fact—spanning around .08 light-years across (making it roughly 600 times larger than our entire solar system).

In an image taken by Hubble, NGC 6751's colorful features are present and accounted for. Take note of the star still in the nebula's center—now a white dwarf. During this phase of stellar evolution, the star remains incredibly bright and hot, with temperatures reaching around 250,000 degrees Fahrenheit (140,000 degrees Celsius). The only thing to beat its temperature is its ferocity. At any given time, it expels so much radiation through stellar winds, it creates a series of streamers, which can be seen in blue and gold.

The blue gas is the hottest in the frame, whereas red and orange correspond to cooler regions. It's unclear how the much cooler streamers form, but even stranger, they seem to point away from the progenitor star. (See a larger image here)