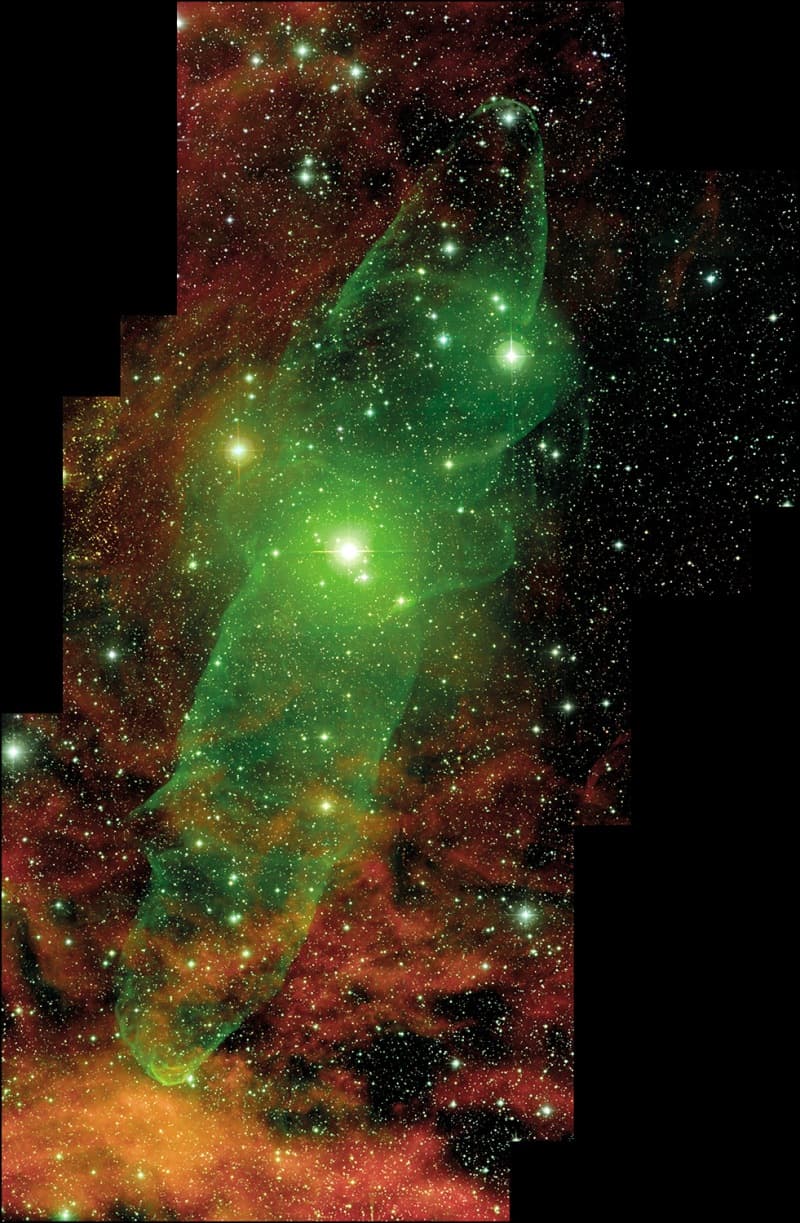 This subject of this image might be one of the most bizarre-looking nebular clouds found to date. Called the Giant Squid nebula, from this perspective, we see how the region looks through narrow-band filters (a move that allowed the photographer to capture a high-resolution image of such a distant, faint region). Other than its bizarre shape, the nebula is quite expansive: extending about 2.5 full moons in our sky.

It was until very recently that a french astronomer was able to make out its bipolar shape, which is a defining feature of many planetary nebulae. We can’t say definitively though.

Further investigation revealed that the central star inhabits the same space as an emission nebula in the Cepheus constellation, dubbed SH2-129.

This indicates that the squid isn't a planetary nebula after all. In fact, it isn't even powered by one star, but three of them. The stellar energetic outflows from the stars, which comprise HR 8119, help shape the squid.

The team still needs to investigate and determine its distance (and origin, of course), but they believe both can be found approximately 2,300 light-years from Earth. Assuming it is shaped by a triple star system, it might span 50 light-years in diameter.