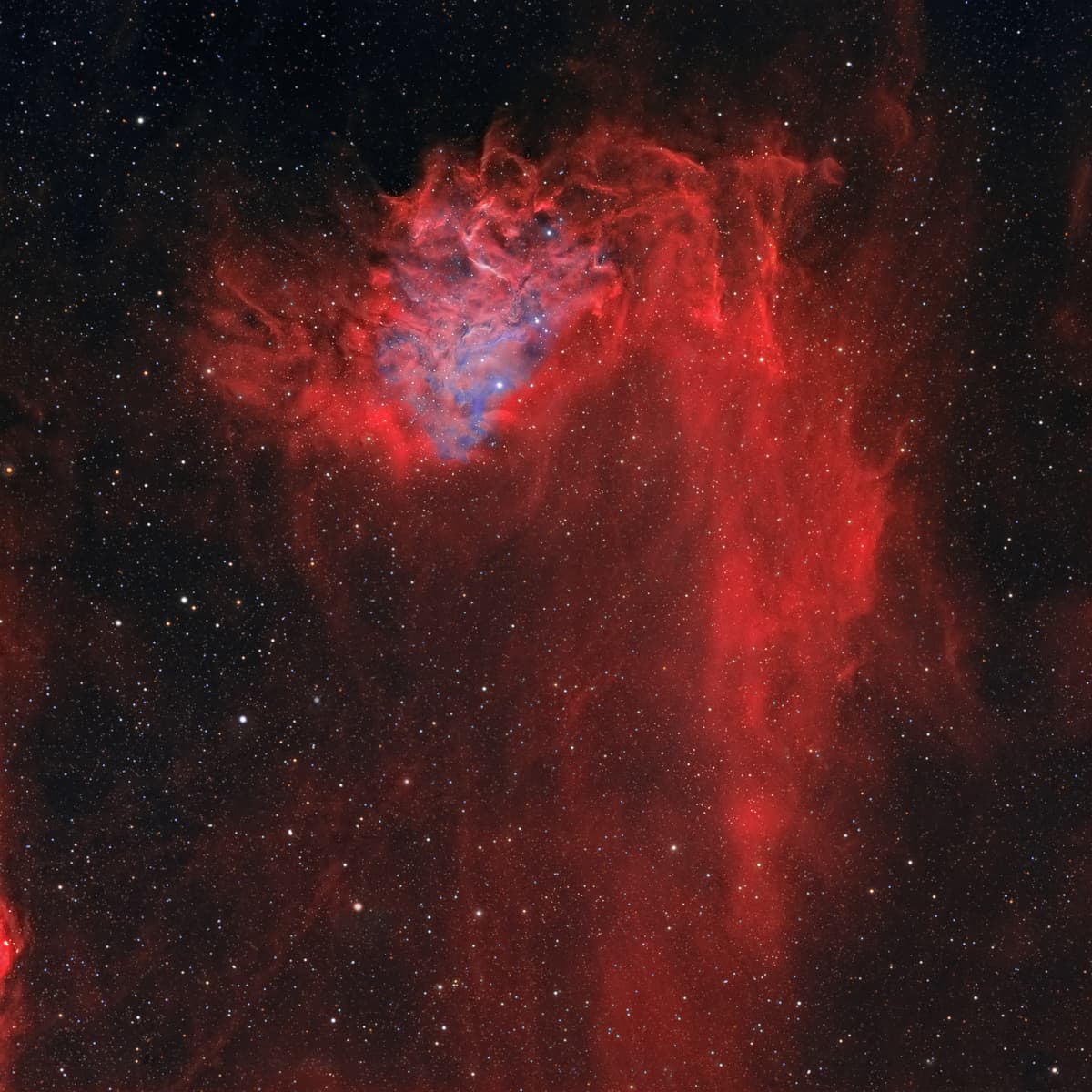 In the Auriga constellation, some 1,500 light-years from Earth, we come across a star so powerful and energetic, it has earned the nickname the "flaming star." AE Aurigae, its real name, is an  O-type star by designation, but interestingly, the star is technically a run away, ejected from its local neighborhood at least 2 million years ago.

Astronomers have retraced the movements of the star, coming to conclusion that it likely emerged from its stellar cocoon in the general vicinity of the Orion nebula, but it was kicked from its original position following a gravitational encounter with another star, perhaps two of them, even. The other star, dubbed Mu Columbae, was sent off on an opposite trajectory, with the space separating the two of them growing by 124 miles (200 kilometers) each second.

The flaming star is accompanied by its own nebula, similarly called the flaming star nebula (otherwise known as IC 405), only the flaming part is a misnomer, as there is smoke, but no fire. The smoke itself is actually huge filaments of interstellar dust, making up dark nebulae.

The dark dust filaments help highlight the contrasting shades of black, red and blue. The other two colors are the result of ionization within the gaseous regions surrounding AE Aurigae. Ultraviolet radiation streaming from the turbo-charged star strip electrons from their atoms. When the atoms eventually recapture their lost electrons, they generate a fantastic glow. In the case of the blueish section seen in better detail above, particles bounce around after coming in contact with tiny grains of interstellar dust. The subsequent scattering generates what we call a reflection nebula.