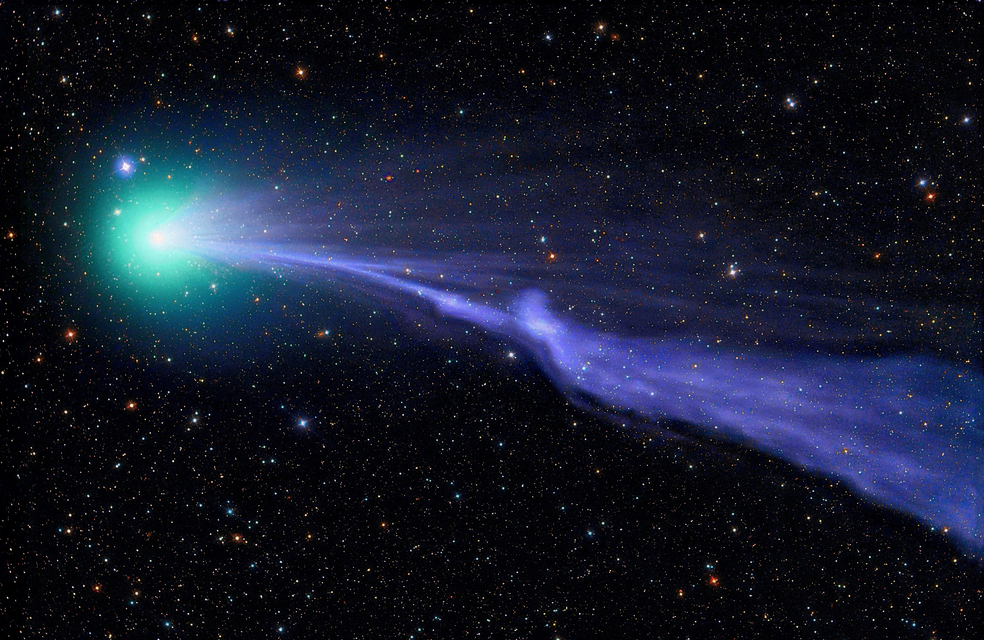 C/2011 W3—most commonly known as Comet Lovejoy, named after its discoverer, Terry Lovejoy—is perhaps one of the most well-studied comet to make an appearance in recent times (excluding ISON, of course, which met the Sun back in 2013).

There's certainly no shortage of stunning images of the hazy, green comet (see below), which was so bright at certain points, it could vaguely be seen by the naked eye.

At its closest approach, Lovejoy came within 43.6 million miles (70.2 million km) of Earth, but unfortunately—because the moon was unusually bright at the time—it wasn't nearly as spectacular as it could have been.

On the plus side, Lovejoy managed to survive its close encounter with the Sun—remaining intact despite coming 87,000 miles (140,000 kilometers) from our local star's solar surface. However, it won't return to Earth for another 8,000 years, being that it has an elliptical orbit that sees it make one lap around our solar system in that span of time.

This image, captured by Michael Jaeger, is up for astronomy photograph of the year (see a larger image here). See other contestants below: