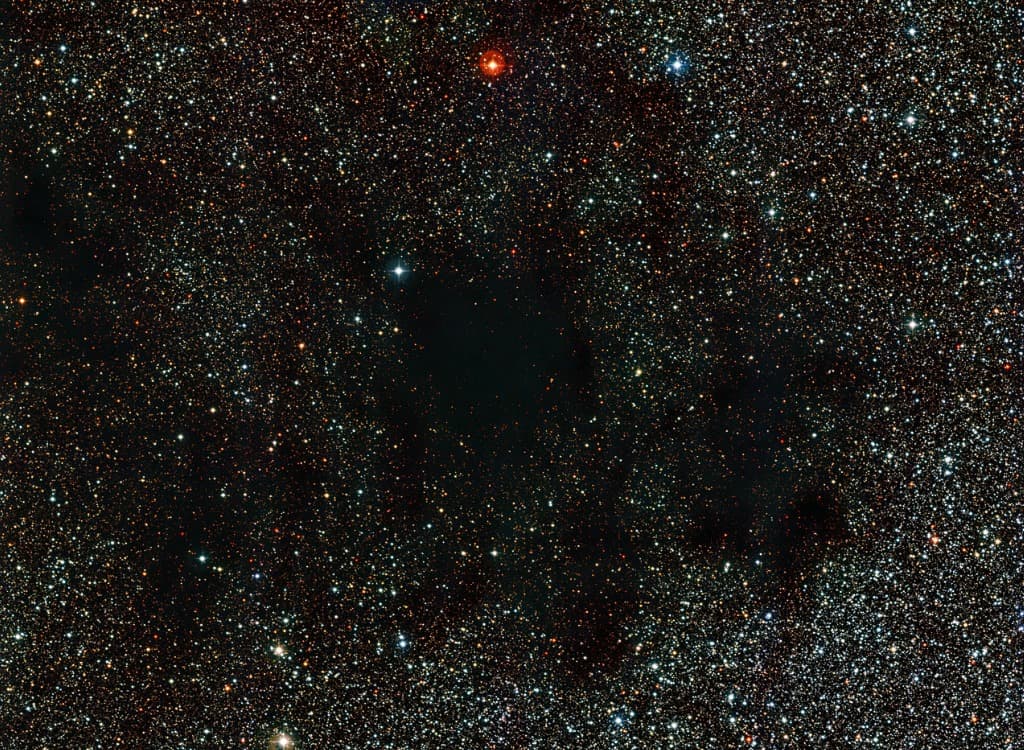 On Earth, dust—often composed of dead skin, insect waste, micro hair follicles, and other unsavory bits—is an annoyance, whereas, it can be a major obstacle to stargazers. Only the composition of this dust, known as interstellar dust, is quite different, containing microscopic grains of oxygen, carbon and silicon.

Given the sheer size of space, trillions upon trillions of dust grains scattered across a few miles won't have much of an impact, but in some regions, dust is packed together so densely, they completely snuff out all light—generating something called dark nebulae.

A new image from the ESO features one of these so-called dark nebulae. Known as the Coalsack Nebula, it can be found 600 light-years from Earth toward the constellation of Crux.

Thanks to the rich field of stars pervading the background, the patchy, dark splotches—interstellar dust coated with nitrogen, water, carbon dioxide and other organic molecules—are more prominent than they would otherwise be. They are so prominent, according to the ESO, the Coalsack Nebula "has been known to people in the southern hemisphere for as long as our species has existed."

In case you are wondering just how dark the Coalsack Nebula is, back in the 70's, one astronomer determined that it has just 10 percent of the output of the surrounding Milky Way. As such, some light does manage to trickle through, but not much.

Over time, its darkness will lift and even more light will emerge, as these dust-filled clouds are incubators for new stars. (See a larger image here)