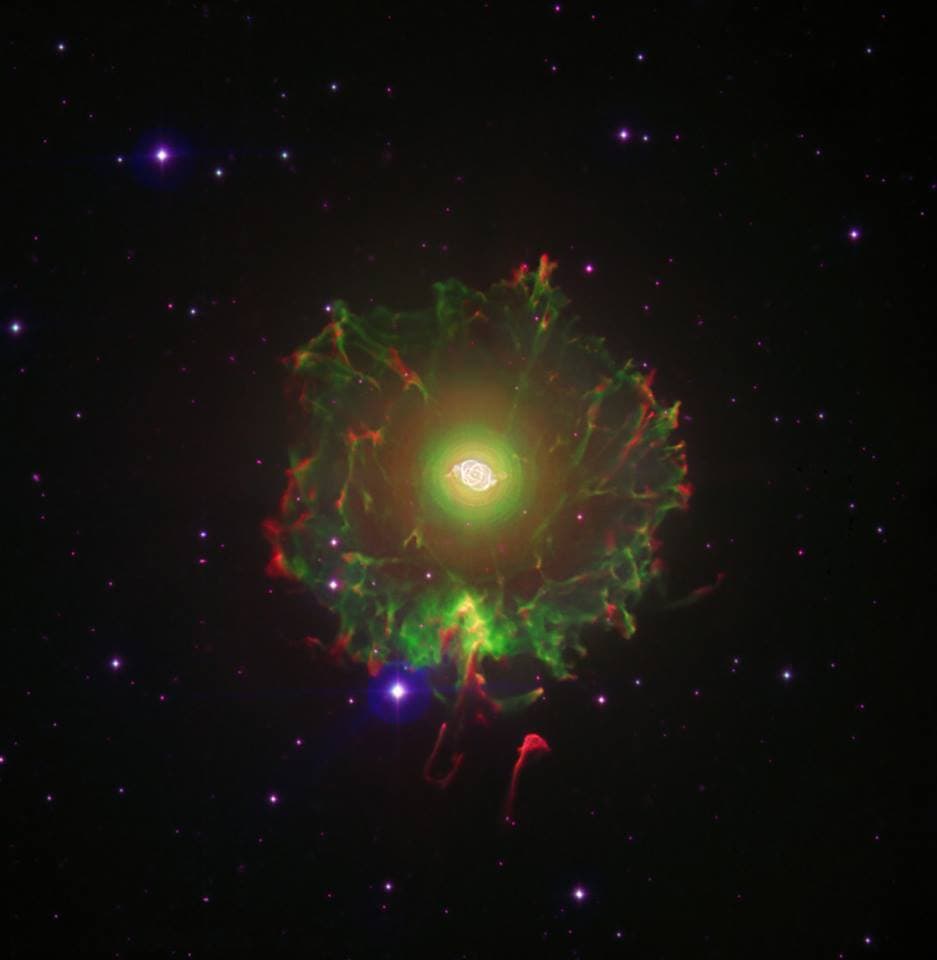 The Cat's Eye Nebula (also known as NGC 6543) is one of the most profoundly interesting examples of complex planetary nebulae, the type that form when sun-like stars near the end of their ten billion year life spans. (Though this nebula remains a bit mysterious, as several astronomers believe it might have an unseen partner that helped shape region)

Here, we see the intricate halo of material extending beyond the central nebula (it can be seen in light blue in the dead center). This so-called halo is actually a rather large expanding shell of material, spouted out by the central star. Over the course of the last 1,000 years or so (give or take a few hundred), the gas spread out to inhabit about 6 light-years (or approximately 40 trillion miles [60 trillion km]) of space in total! This expansion will continue until the gas dissipates almost entirely; leaving behind a central star that will continue to be very hot and luminous for many years to come.

The image as a whole is a composite, stitched together using three separate color-composites, made through data collected of the area at multiple wavelengths. The filters isolate hydrogen alpha lines (seen in red), doubly ionized oxygen atoms (in green) and ionized sulfur atoms (in blue).