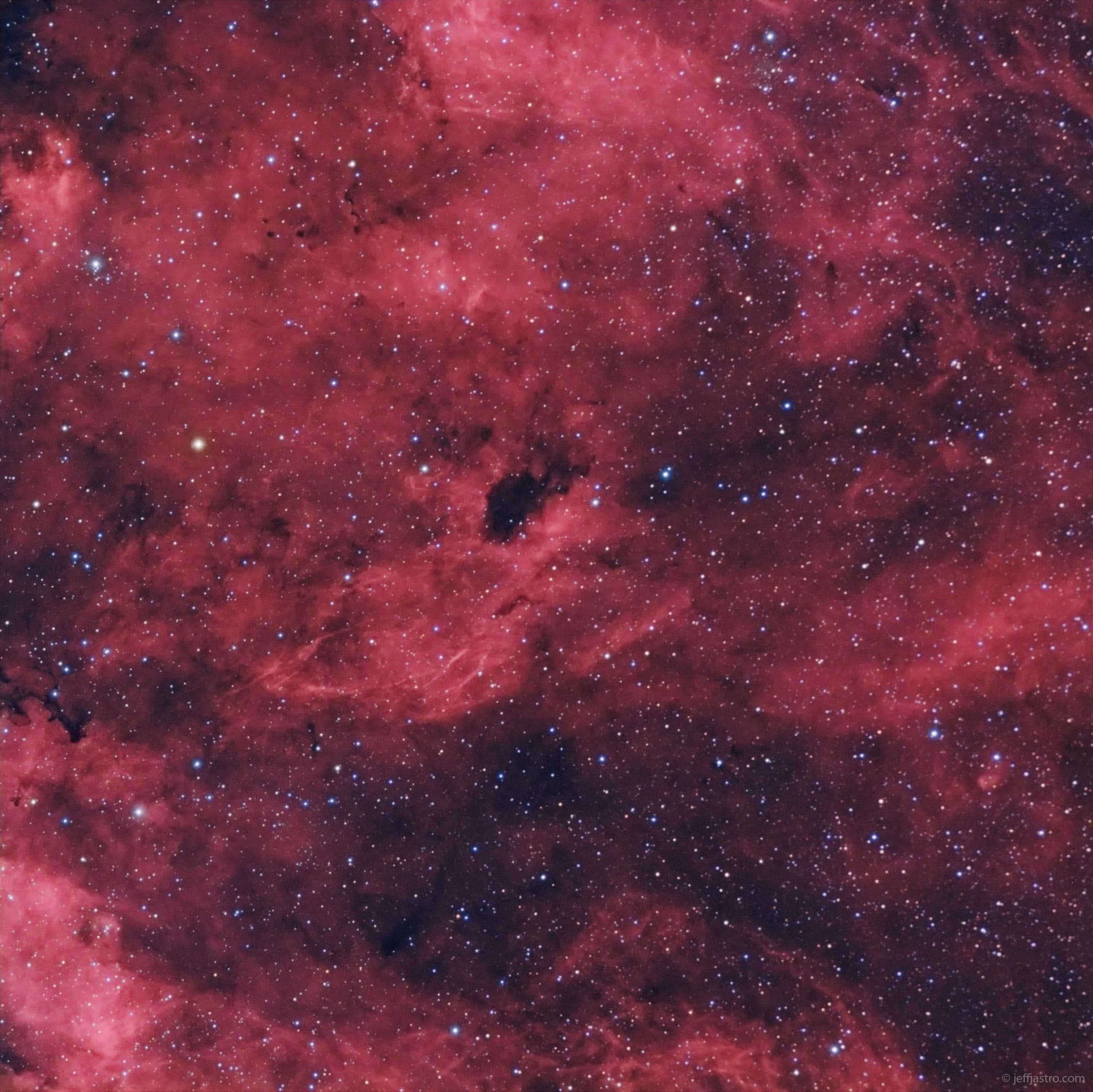 Meet Barnard 343: an extraordinarily beautiful dark nebula that lurks within the constellation of Cygnus. In this wide-field view, we can see the immediate surroundings of the predominantly dark region—key aspects that give the thick blankets of dust all the glitz and glam.

First, of course, we have the Gamma Cygni Complex, the cloud in which Barnard 343 belongs to (it's 1.6 degrees west of Sadr, a similarly beautiful complex). Despite being visually impressive, and immaculately structured, it is nearly invisible at perceptible wavelengths. Next, in the upper right, we have IC 1311—a nearby cluster of stars set against a backdrop of gas and dust, which can be found approximately 33 light-years from Earth.

Numerous other smaller dark nebulosities also belong to the region; Each of which are outlined in the LBN (short for 'Lynd's Bright Nebula') catalog, In the same manner, the HII regions—viewed in red—are cataloged.

This stunning image, taken by Jeffrey O Johnson in his backyard, builds on the dataset of his award-winning picture of Barnard 343. As he described to us: "Widefield view of Barnard 343 which I originally imaged last year with the TOA-130F. I used a technique to add synthetic "Lum" data using the RGB (bin1x1) frames. Final result is Ha_HaRGB, where Ha was used as Luminance, with some stars brought in from the RGB channel, as I describe above. Ha:R (80:20) was used for the Red channel. Sadr is directly to the left of this area (and out of this field of view).