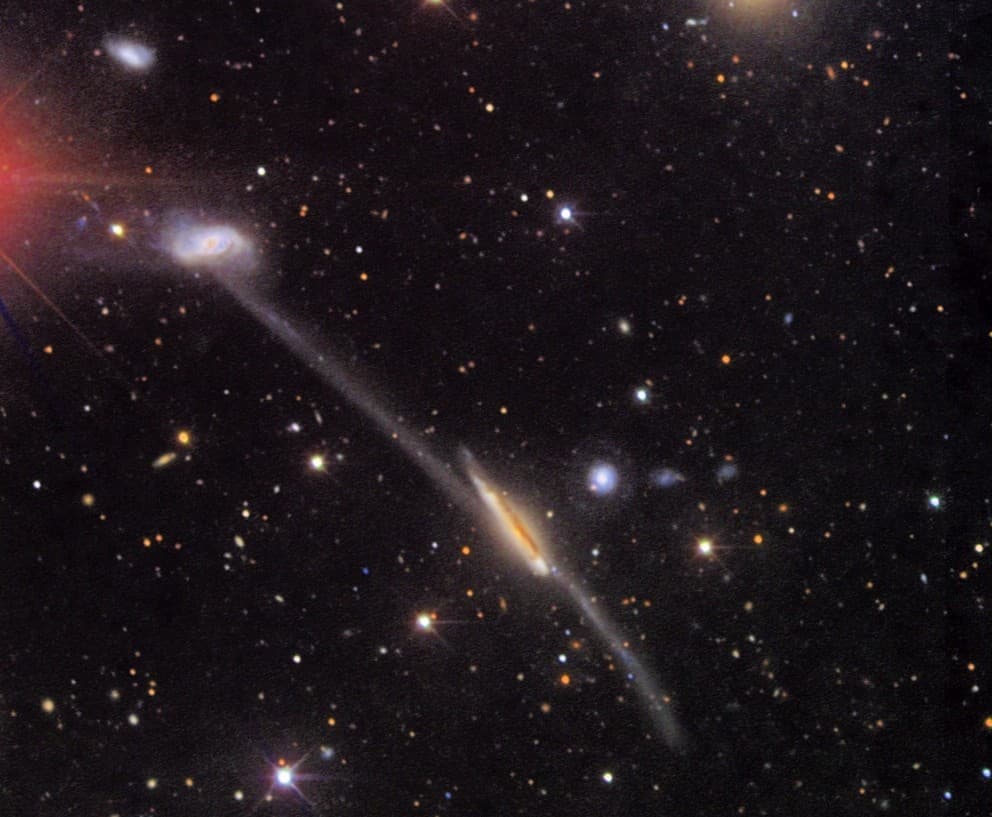 As far as picture perfect galaxies go, those pictured above hardly qualify. They do, however, have character run-of-the-mill spiral and elliptical galaxies could only dream of. Called Arp 295, they can be found approximately 270 million light-years from Earth toward the constellation of Aquarius.

In an image, captured not by the Hubble Space Telescope, but by the US Naval Observatory's 1-Meter Telescope (situated in Flagstaff, Arizona), we see the best image ever taken of these interacting galaxies, with numerous other, much more distant galaxies, hiding out in the background.

Arp 295 is most famous for having a huge tidal bridge connecting galaxy a (Arp 295a ) to galaxy b (Arp 295b). It spans an incredible 250,000 light-years across, and was created as a result of tidal forces. Meaning, at some point in the distant past (anywhere between hundreds of millions of years, to a billion), the forces of gravity drew the galaxies closer and closer together, until parts of them touched. After which, both went their separate ways, leaving only a wispy trail of gas and dust behind.

Eventually, they will meet again. Only this time, it's unlikely that either galaxy will retain any structural integrity. Rather, they will combine and form a newer, larger galaxy. With that said, the fate of the third galaxy (pictured up top) is less clear. Its presence turns the trio into a group of galaxies, the largest loose grouping of its kind.