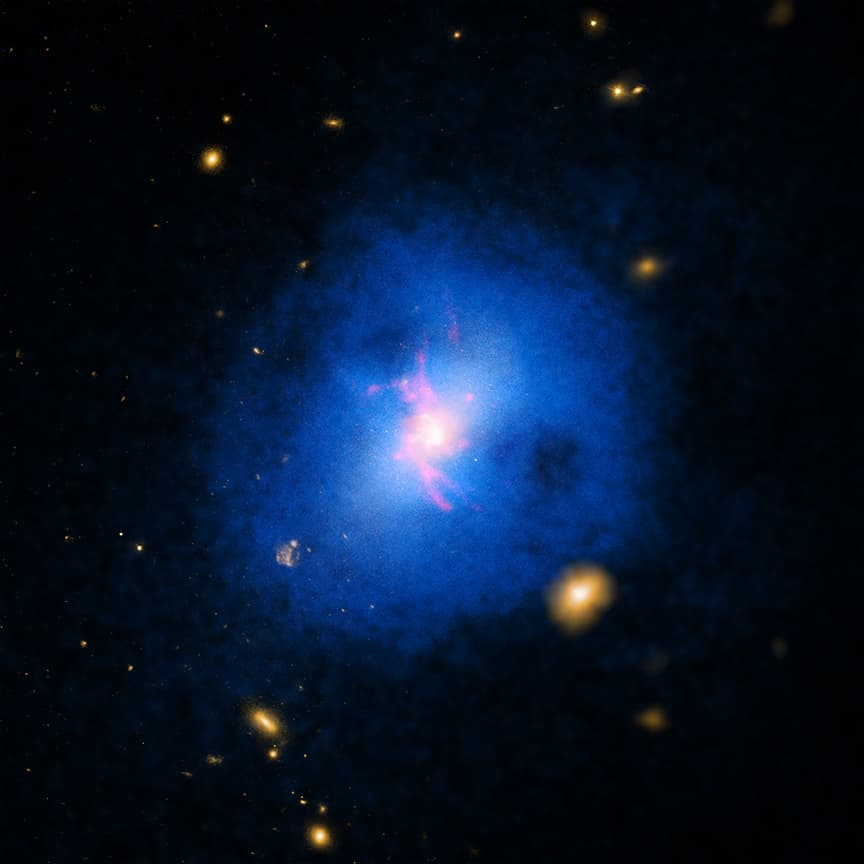 The image above might look like something you'd find in the Messier catalog—a nebula, or something to that effect—but in reality, you are looking at a large galaxy cluster situated about 1 billion light-years from Earth (not too far, per traditional standards, anyway).

Called Abell 2597, it gets its spectacular glow not from HII regions, but from multimillion degree gas clouds. Adding an extra layer of beauty are the two huge dark cavities forged within the glowing gas. One of which, can be found above and to the left of the main formation, while the second lurks below and to the right.

Astronomers estimate that the cavities span around 60,000 light-years across, and as incredulous as it may seem, the massive holes are artifacts of a 100-million-year old black hole outburst. Whereby the supermassive black hole in the very center of the cluster erupted, flinging raw, superheated material into the medium surrounding members of Abell 2597.

Speaking of the medium, it's important to note that it—specifically the parts within the cavities themselves—aren't empty. Rather, it's pervaded by gas and other forms of high-energy radiation, which make it very bright at x-ray wavelengths.

New research, carried out by Michigan State University, has shed light on the mechanism preventing Abell 2597—and other galaxy clusters like it—from producing as many new stars as it should.