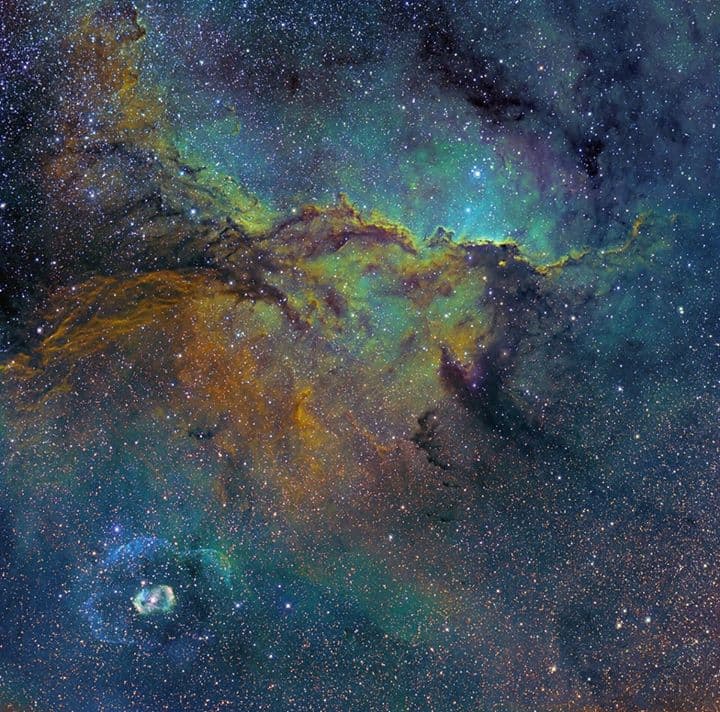 This particular nebula, located in the Constellation Ara nearly 4,000 light-years away, has a fantastic resemblance to a pair of fighting dragons . (I have seen it called the “Fighting Dragons of Ara” or the Fighting Dragon Nebula – but I haven’t seen that name used by any official organization). This nebula resides within the open cluster called NGC 6193, which is invisible to the naked eye and chiefly responsible for lighting up the contours of the 'Fighting Dragons.'

This is a star forming region, and is sculpted by the massive, young stars that have recently formed there – some are only a few million years old. This spark of formation was probably caused when the last batch of stars went supernova. Similarly, in case you’ve missed it, near the bottom left of this image, there is another nebula, NGC 6164 -- a rare emission nebula. This nebula was created when a massive star went supernova. This image spans about 70 light years, and at these distances, this massive region appears about the size of two full moons.