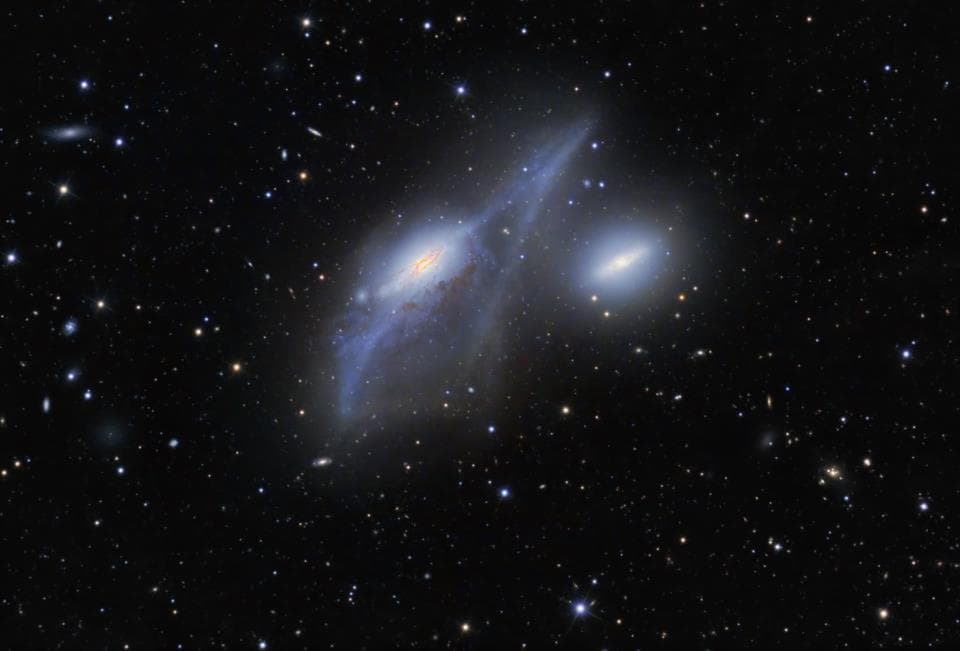 In this stunning image, two galaxies, which are about 50 million light-years from Earth, are separated by a short distance of only 100,000 light-years. Most non-interacting galaxies are separated by distances exceeding one million light-years in comparison. The more massive of the two, NGC 4438, has managed to hang on to a majority of the material that was torn away from the much smaller galaxy, NGC 4435, through tidal interactions. Astronomers have speculated that, at their closest point, the galaxies passed within just 16,000 light-years of each other.

Both NGC 4435 and NGC 4438, which are commonly known as 'The Eyes' (though I see a percentage mark), belong to a string of galaxies known as Markarian's Chain (they can be found within the heart of the Virgo Galaxy Cluster, which is comprised of approximately 1,300 to 2,000 galaxies).

A larger version of this image is available for download here.