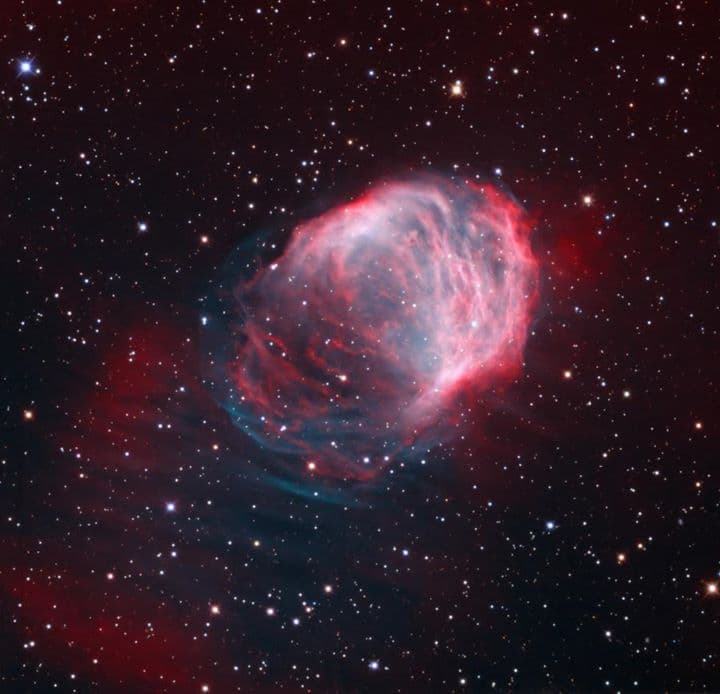 As a general rule of thumb, after sun-like stars exhaust the remainder of hydrogen for nuclear fusion (in their core), they grow exponentially larger in size, until they swell up to sizes that exceed their main-sequence diameter hundreds of times over. After which, the cores will contract and shed their outer layers of gas into space, forming what we call a planetary nebula. This is one of the many examples of one.

The Medusa nebula (or Abell 21), as it's called, is located more than 1,500 light-years from Earth -- in the constellation of Gemini. As far as its age is concerned, it's entering its elderly years. Over the course of the next few thousand years, the intricate gas filaments will disperse throughout the interstellar medium, due in part to ultraviolet radiation bombarding the remnant of the now-defunct star, before disappearing entirely from our sight, leaving behind a small, hot (and very dense) stellar core, known as a white-dwarf.