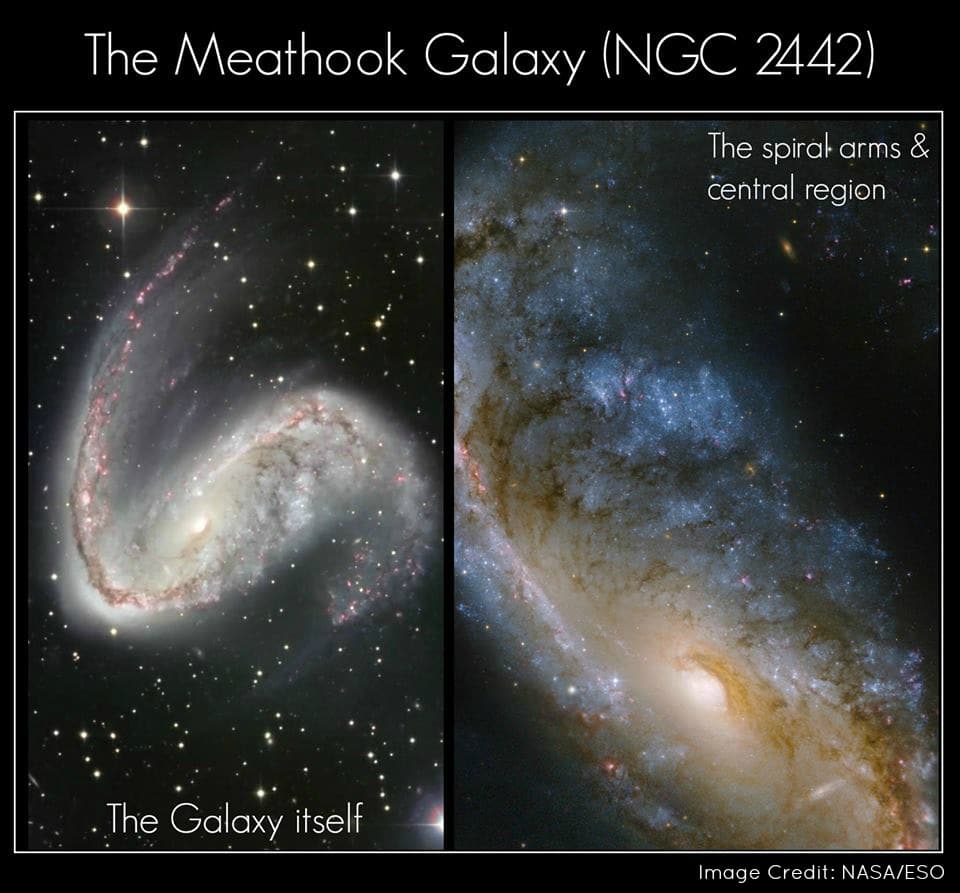 This spectacular galaxy is NGC 2442 (known informally as the "Meathook Galaxy"), which is located some 55 million light-years away in the constellation of Volans (The Flying Fish).

The galaxy, in particular, is known for its asymmetrical appearance, which was likely the result of gravitational perturbation between it and an unseen galaxy from several millions of years ago. However, to this date, no such candidate has been uncovered as to the likely culprit of the crime. (If you can call it a crime, to give this galaxy the somewhat unique characteristic of being lopsided)

Regardless, in another spiral arm that branches from the central disk, a supernova remnant was observed in this very galaxy in the late 1990's. Recent observations have shown that the remnant can no longer be discerned by Hubble's camera.