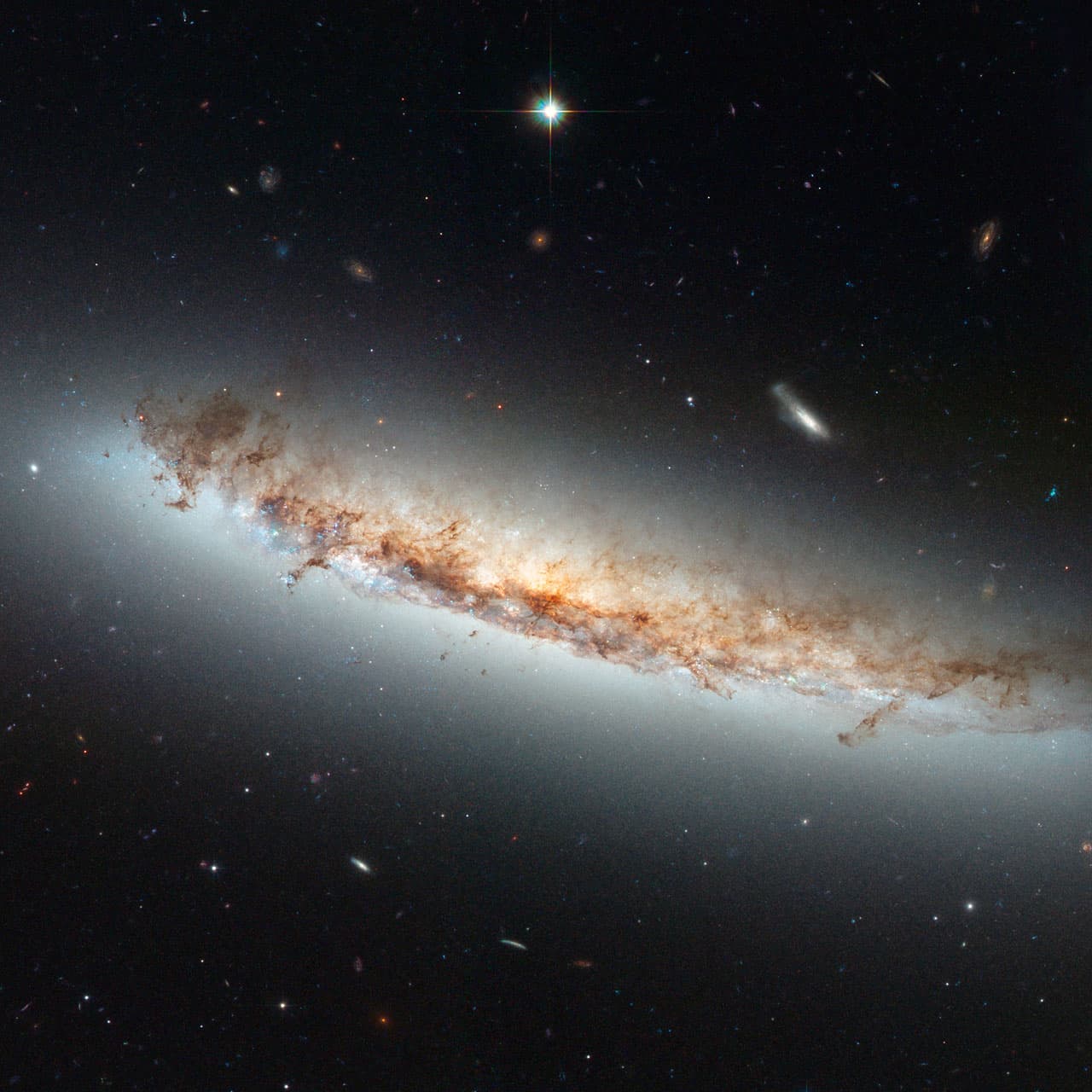 Meet NGC 4402: a galaxy found about 55-million light-years from Earth in the Virgo constellation. NGC 4402 is nearly edge on, meaning the galaxy’s rotational plane is perpendicular to that of the Milky Way’s.

The specific angle at which NGC 4402 is facing us allows light from the galactic nucleus to pass through the galaxy’s dust lane, subsequently giving astronomers a front row seat to monitor what is happening in these gaseous regions. Specifically, astronomers have been studying the ram pressure at work in the galaxy.

Ram pressure is a pressure that is acting on a body that is moving through a fluid. Ram pressure can be seen in any meteor shower, as you watch a meteor fall, it is rapidly compressing the atmosphere in front of it. This rapid compression heats up the air around the meteor, which causes the meteor to burn up and eventually disintegrate (friction is, surprisingly, not that much of a factor).

Studying the ram pressure in galaxies involve watching how more dense regions of gas move through and interacts with less dense regions. This, in turn, can help astronomers better understand the process of star formation and can help them gain a more complete understanding of the evolution of galaxies.