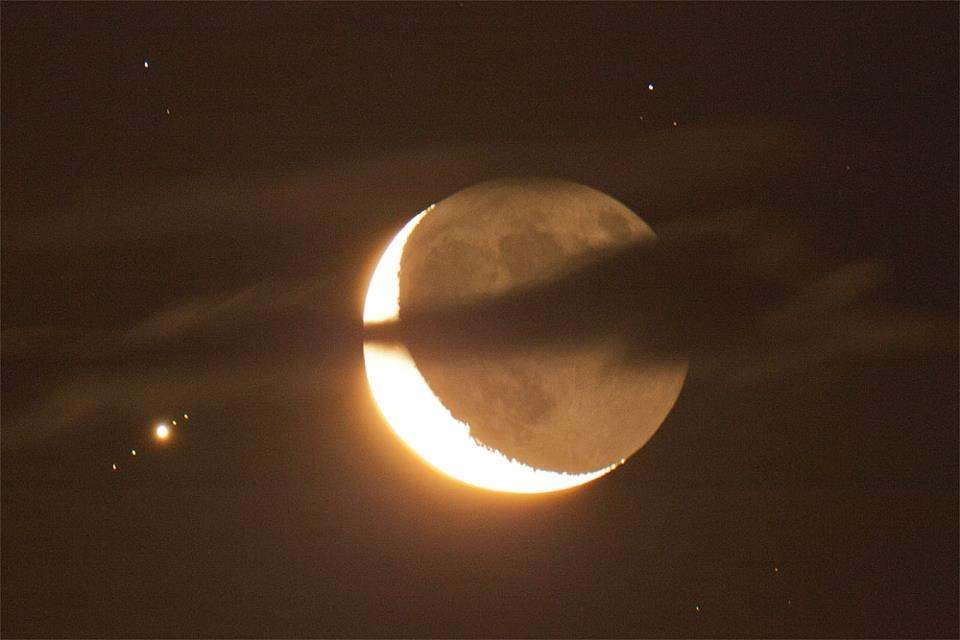 In this image, we are dazzled by the view of Jupiter and the Moon dancing with each other in the evening sky, in an event known as the occultation of Jupiter. Most places in North and Central America saw Jupiter pass less than a finger’s width from the Moon the night this image was taken. Many regions in Southern America watched Jupiter skim the Moon, while a select few watched as Jupiter completely disappeared from view behind the Moon, only to reemerge minutes later.

In this picture, taken in July of  2013, we see another occultation—the waning moon, Jupiter, and the four Galilean moons: Callisto, Ganymede, Io, and Europa. Fortunately, Jupiter will occult the Moon again next month. However, this one won’t be visible to the Americas, but to Australia and regions near it (on a global scale, of course).