The War Against Antibiotic Resistance: £10 Million Prize For Solution 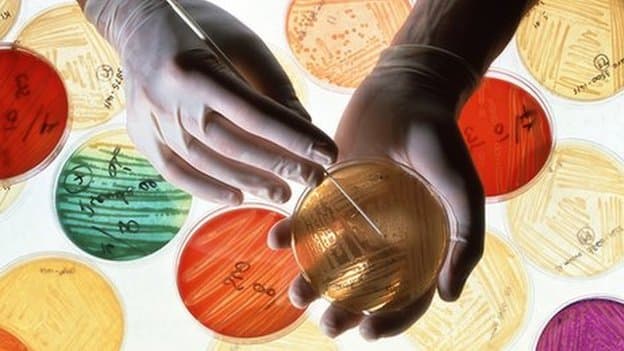 Necessity is certainly the mother of invention, at least when it comes to the Longitude Prize - a three hundred year old challenge created to find a solution to the world’s most pressing issues. After a lengthy decision process, the topic for the 2014 Prize has been finalized. The problem: Antibiotic resistance.

Out of six topics shortlisted by the Longitude Committee, a public vote decided that the issue of antibiotic resistance deserves some innovative thought. Our lifespan has increased by decades, thanks to antibacterial medicine; however, many worry that we are on a collision course - that we are headed towards an age where antibiotics become ineffective against diseases that are easily curable today. The World Health Organisation has raised concern over a "post-antibiotic era" where the lack of effective medicine could devastate our civilization. Indeed, microbes are becoming resistant to common treatments and developing immunities, and just 80 years after the discovery of penicillin.

Broad-spectrum antibiotics are a quick fix for common microbial ailments since they cover a wide range of infections. The treatments generally eliminate a majority of the bacteria that rally in an infection; however, sometimes a genetic coding error grants a bacterium immunity to our medicine, which allows it to survive treatment, multiply and spread. This issue is compounded by the fact that many people stop taking their treatments once they feel better (how many of you have stopped taking your medicine for strep throat because you didn't feel sick anymore?). Ending treatment early can be very detrimental in the long run, as not all bacteria are killed, and those that survive are more likely to develop an immunity.

These resistant forms of bacteria are developing into a greater threat. The Longitude Prize wants to encourage a “cheap, accurate, rapid, and easy-to-use test” to better diagnose specific infections and treat them with more direct antibiotics, rather than typical broad-spectrum courses that can make bacteria immune to a number of different treatments all at once. A way to know the right treatment at the right time will alleviate fears that our grandchildren will be powerless against things that we can easily cure now.

The public was able to vote on which of the six topics they wanted to see tackled. Voting was open from May 22 to June 25, with the results being revealed on BBC One a day later.  Other topics on the list were:

Those who have applied to take part in the challenge (applications closed mid-June) will receive details in September from the Committee about how to proceed in the competition. Over the next five years (the length of time this Prize is running) the panel of experts will judge ideas as they are submitted. Let's hope someone comes up with a solution to this ever increasing problem.

The first Prize was claimed in 1714, when clockmaker John Harrison submitted his marine chronometer clock. His invention allowed ships to accurately navigate by lines of longitude which helped prevent shipwrecks and opened the British Isles to global trading. The Yorkshire-born man solved one of the most pressing issues of the 18th Century and was rewarded £20,000.

Do you think antibiotic resistance is the best issue to address with the 2014 Longitude Prize?