Ant Mimicry: Can you guess which is which? 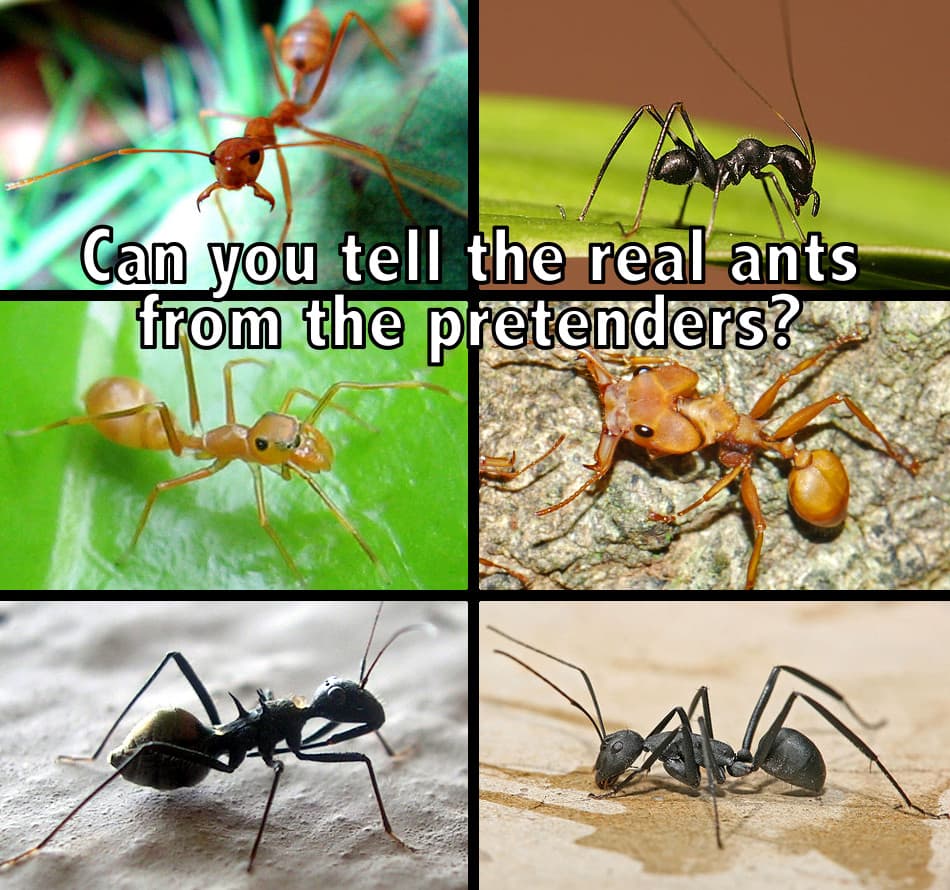 If mimicry is the sincerest form of flattery, then ants should be quite flattered indeed. So many different species have evolved to look like them that there’s even a special term for it: myrmecomorphy. Most of the 200+ imposters are likely examples of Batesian mimicry, which is when a harmless species imitates a harmful one to avoid predation. Ants are a great choice for this because they’re often aggressive, well armed, and equipped with alarm pheromones to call for reinforcements. All this makes ant hunting a rather specialized niche. They have far less predators than your average bug, so it pays to look like an ant. Of course, not all of the copycats are harmless. Some are aggressive mimics that use their subterfuge to get cozy with ants they’d like to eat.

The image below includes three ants and three imposters. Can you guess which is which? Click the "Species names and image credits" below for the answers.