The Mailman of Tomorrow: Meet the Amazon Prime Air Drone 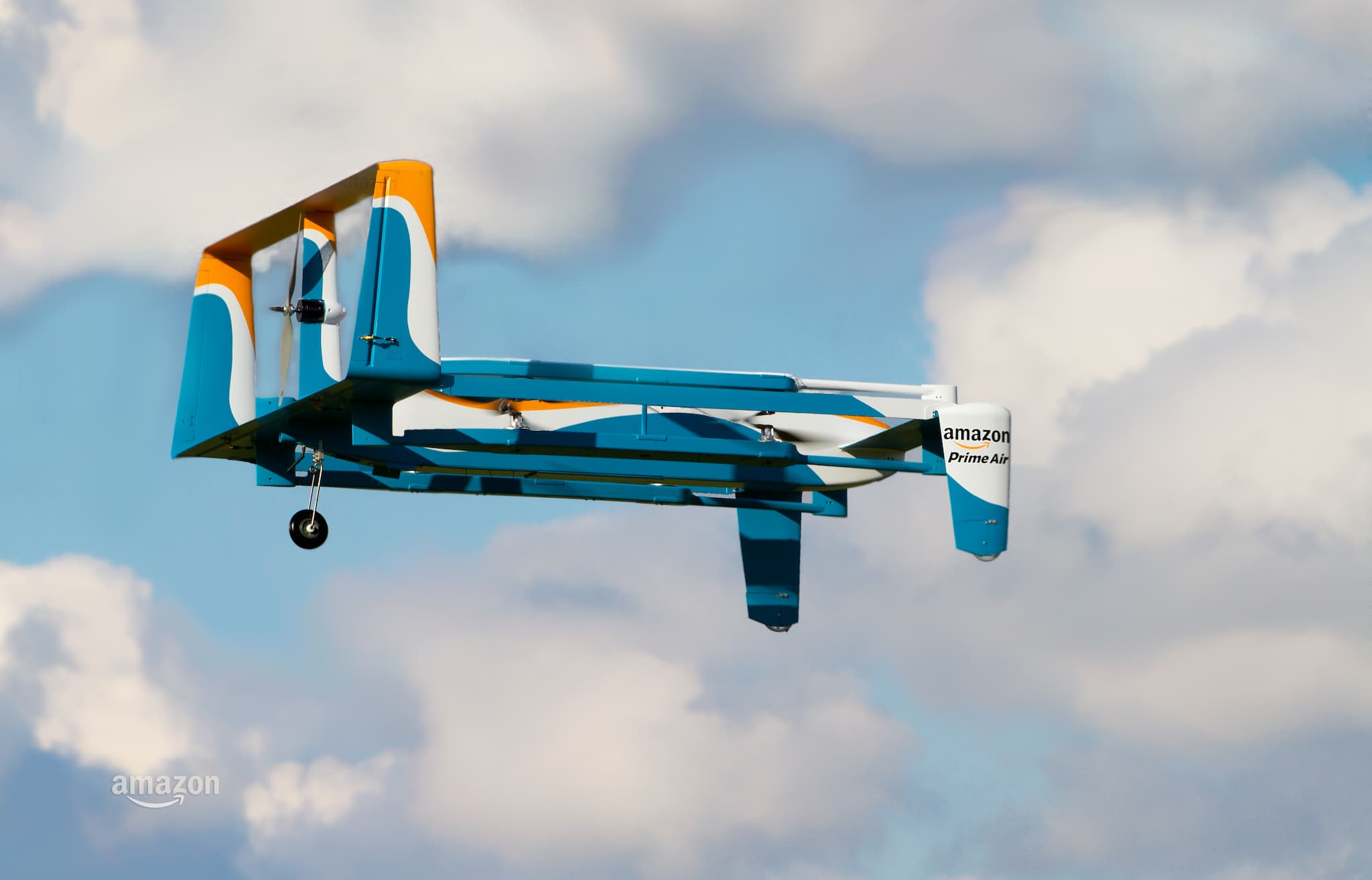 Two years ago, Amazon announced that a new kind of deliveryman would soon be roaming the streets. This week, they made good on that promise (and with the ensuing media coverage, probably received a massive boost to their holiday sales).

On Sunday, the retailer unveiled the design of their new Prime Air drone, which can fly through the sky and deliver packages to your door in under 30 minutes. The footage that they released details how the drone system works, and it highlights some of its more impressive capabilities.

To some, drone mailmen may seem remarkable, and they are. However, they aren't unbelievable.

Ultimately, it is important to remember that robotic devices already complete a variety of tasks on our behalf. Indeed, such technologies are of integral importance to the day-to-day operations in Amazon's warehouse. That's not to say that a warehouse is anything like the chaos and unexpected obstacles that are often thrown in one's way out in the real world, but it's really just a matter of developing the right algorithms—and Amazon argues that they are well on their way to doing just that.

As the video notes, the current Prime Air prototype weighs 24 kg (55 lb), can carry packages of up to 2.2 kg (5 lb), and is designed to fly under 152 meters (400 feet). It is also equipped with “sense and avoid” technology, which will allow it to dodge obstacles that it may encounter en route to its point of delivery.

The Future of Delivery?

Unfortunately, this system faces a number of obstacles that have nothing to do with the technology itself. For example, the Prime Air website offers these comments in relation to its drone delivery program:

Thus, the company admits that it will take some time before drone delivery becomes the norm, especially in the United States where it is set to face several regulatory hurdles. Yet, in a statement, they clarify these sentiments by noting that, while implementation may not be easy, it is far from impossible. They assert, “Putting Prime Air into service will take some time, but we will deploy when we have the regulatory support needed to realize our vision."

In the end, this is just one of the dozens of prototypes that the company has developed in an effort to find the technology, and delivery methods, that most efficiently transport packages around the globe.

Amazon remains optimistic, noting that “One day, seeing Prime Air vehicles will be as normal as seeing mail trucks on the word.”

Read This Next
FROM THE DEPT. OF THINGS TO BUY
The Best Science Gifts of 2023
From the Dept. of Things to Buy
Get the Echo Show 5 at Half-Price During Labor Day Deals on Amazon Hardware
From the Dept. of Buying Things
How to Stream “Lord of the Rings: The Rings of Power” on Amazon
FROM THE DEPT. OF THINGS TO BUY
The Best Prime Day 2022 Generator Deals
FROM THE DEPT. OF THINGS TO BUY
Save $500 on a Schwinn E-Bike and More Electric Vehicles on Prime Day
More on Robots & Machines
From the Dept. of...
Thursday on futurism
The Best Mini Fridges of 2023
Blow Up Doll
Monday on the byte
Ukraine Accuses Russia of Using Inflatable "Dummy Tanks," Which Deflated
FROM THE DEPT. OF...
Monday on futurism
The Best Compost Toilets of 2023
READ MORE STORIES ABOUT / Robots & Machines
Keep up.
Subscribe to our daily newsletter to keep in touch with the subjects shaping our future.
+Social+Newsletter
TopicsAbout UsContact Us
Copyright ©, Camden Media Inc All Rights Reserved. See our User Agreement, Privacy Policy and Data Use Policy. The material on this site may not be reproduced, distributed, transmitted, cached or otherwise used, except with prior written permission of Futurism. Articles may contain affiliate links which enable us to share in the revenue of any purchases made.
Fonts by Typekit and Monotype.