Amazon May Be Using a Hyperloop to Deliver Same-Day Shipping

The transport of the future is getting into retail. 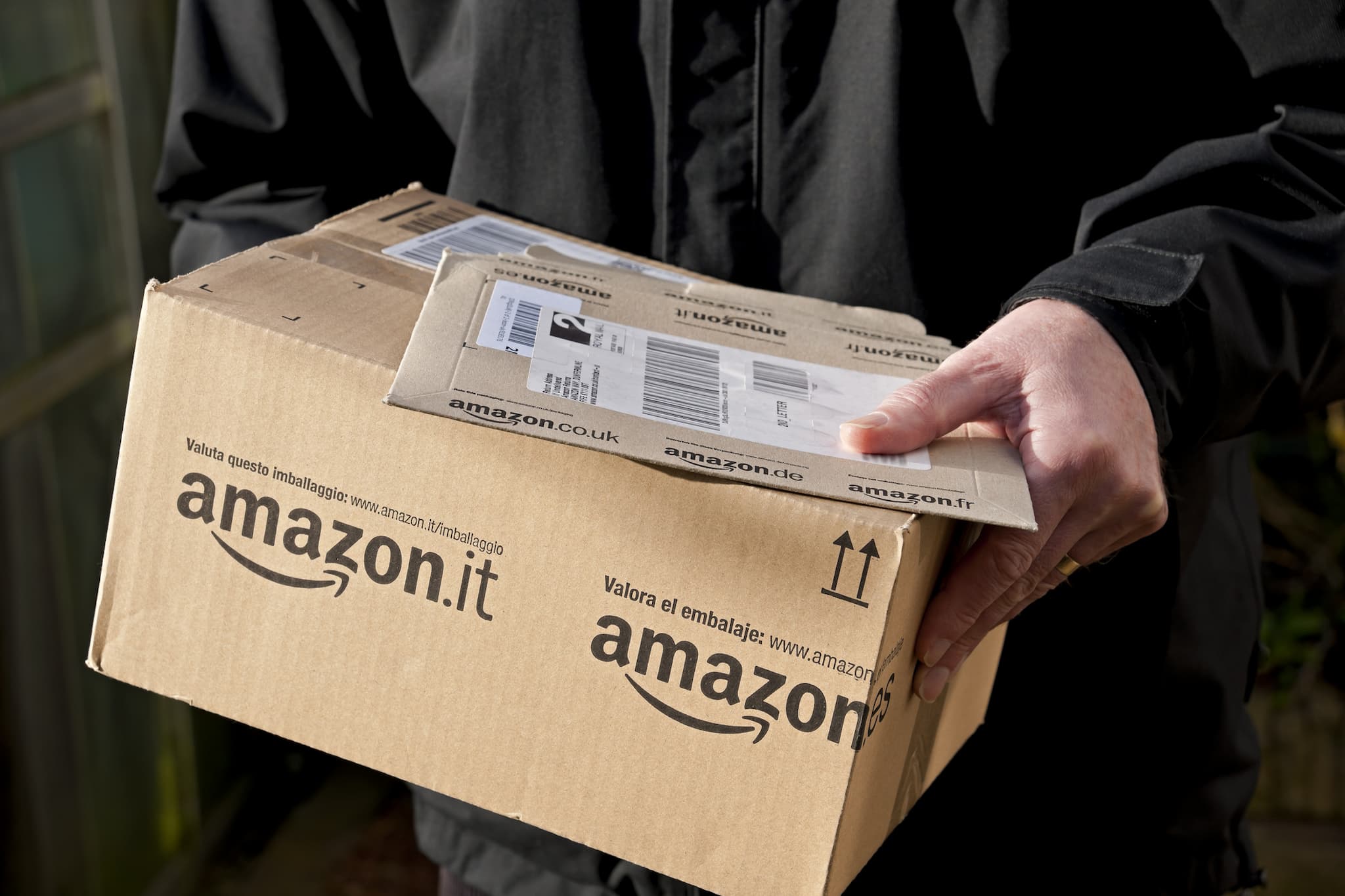 Update: Hyperloop One's Head of Global Communications, Marcy Simon, reached out to Futurism to clarify the nature of the conversation. Simon asserts that Nick Earle was speaking theoretically during the presentation and that, at this time, there is no official partnership between Amazon and Hyperloop One. She also notes that Hyperloop One will be publishing a white paper soon that will include information on their Amazon research, portions of which address how Amazon could reduce their warehouses from 119 to 18 in the US and increase the same delivery from 66% of US population to 80% through Hyperloop use. The original article follows below.

Early details are trickling in about a partnership between Hyperloop One and Amazon to bring same-day delivery to a significant portion of the United States.

A tweet sent out early this morning by quarterly tech journal Port Technology shows Nick Earle, Senior Vice President of  Global Field Operations at Hyperloop One, leading a talk at the journal's Container Terminal Automation Conference being held in London.

The accompanying photograph shows the exec standing in front of a graphic presumably showing the regions the partnership will service. The graphic also lists some points related to cost savings.

Neither Amazon nor Hyperloop One have made any official announcements yet.

Hyperloop One is hoping to revolutionize land travel for both cargo and people. The company is busy building the infrastructure for its high-speed hyperloop system all around the world. Once completed, it will be able to move people and goods at extremely fast speeds of 1,000 kph (621 mph).

The speed of the pods themselves is not the only impressive feature of the system. According to Earle's speech, "Not just speed — it's demand that's the important factor — freight pods could leave portals every 20 mins."

A partnership between a major company like Amazon is a huge vote of confidence for Hyperloop One. Stay tuned.

Read This Next
Veillance What?
Startup Says Train Powered by "Veillance Flux" Could Travel 620 MPH
Hyperloopy
Here's What Traveling By Hyperloop Could Look Like
Looped In
See a Startup's Newly Unveiled Hyperloop Test Track
Amazon Scout
Amazon is Unleashing Its Own Army of Delivery Robots
Musk Read
Elon Musk’s Boring Co. Didn’t Ask Homeowners Before Tunneling Under Them
More on Advanced Transport
High Tide
Jan 27 on the byte
We’re in Awe of Amsterdam’s Huge Underwater Bike Parking Garage
Quelle Surprise!
Jan 26 on the byte
Of Course Elon Musk Is Pushing The Cybertruck Back Again, What Did You Expect?
Stay Away
Jan 25 on the byte
New SUV Features Electrified Door Handles and Pepper Spray Guns
READ MORE STORIES ABOUT / Advanced Transport
Keep up.
Subscribe to our daily newsletter to keep in touch with the subjects shaping our future.
+Social+Newsletter
TopicsAbout UsContact Us
Copyright ©, Camden Media Inc All Rights Reserved. See our User Agreement, Privacy Policy and Data Use Policy. The material on this site may not be reproduced, distributed, transmitted, cached or otherwise used, except with prior written permission of Futurism. Articles may contain affiliate links which enable us to share in the revenue of any purchases made.
Fonts by Typekit and Monotype.