All About The Octopus (Infographic) 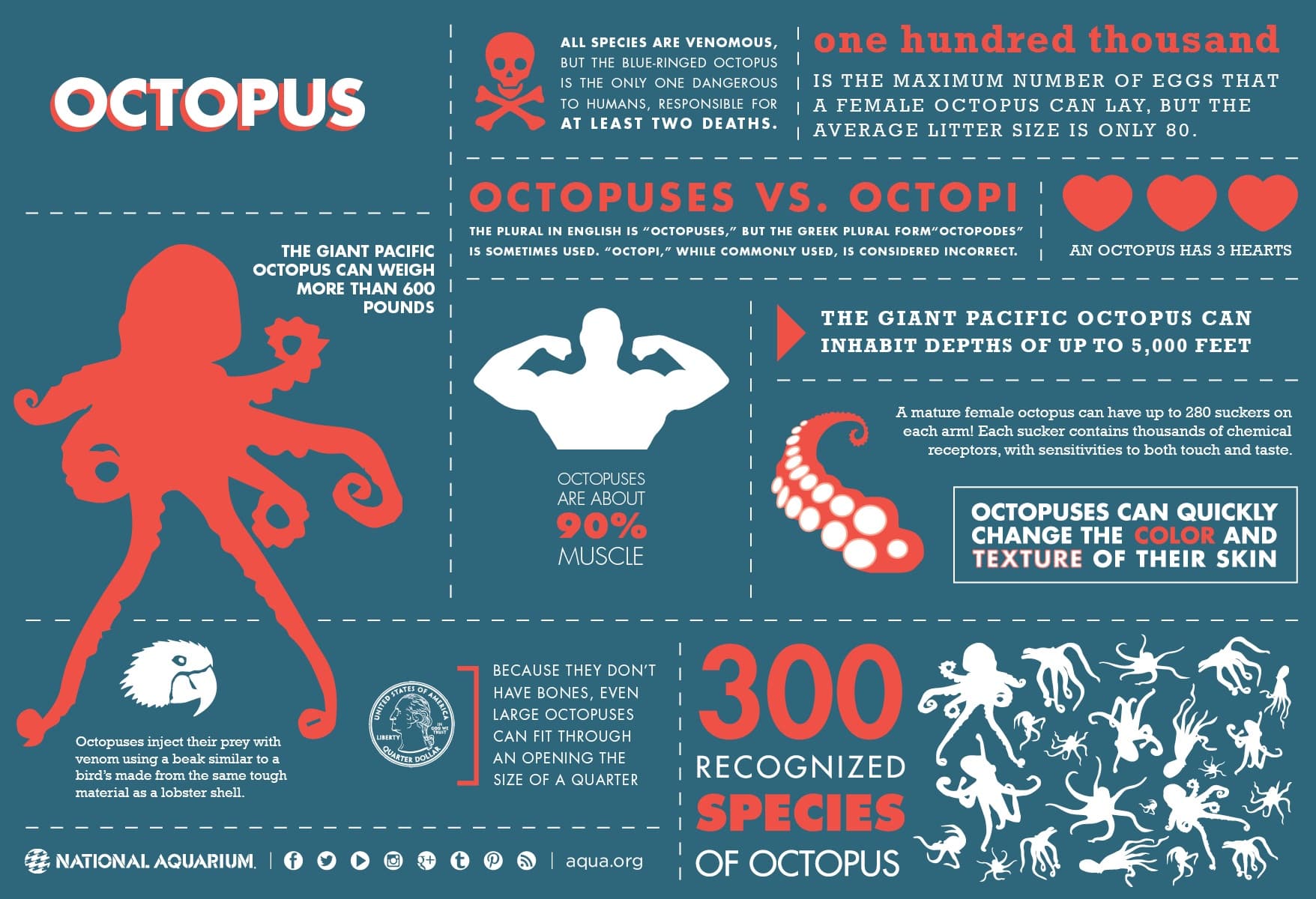 Over the last several years, more and more research seems to indicate that not only is the octopus highly-intelligent, but it might also be the most intelligent invertebrate of them all.

Many subspecies are naturals at the art of camouflaging in order to protect themselves from predators. This skill is made possible thanks to its extensive network of  chromatophores (i.e. pigment cells). Octopuses are completely covered by them and they allow the creatures to perfectly mimic its environment, including pretty much every facet of its surroundings (like colors, textures and patterns).

Octopuses also seem to have natural character inclinations towards certain humans; they seem to favor some people over others. Two interesting examples of this — Athena and Truman — both inhabited an aquarium in New England at some point. While in captivity, the female octopus developed a bond (more like a friendship) with a man who regularly interviewed the scientists that studied Athena.

Learn about these amazing creatures in the graphic below: