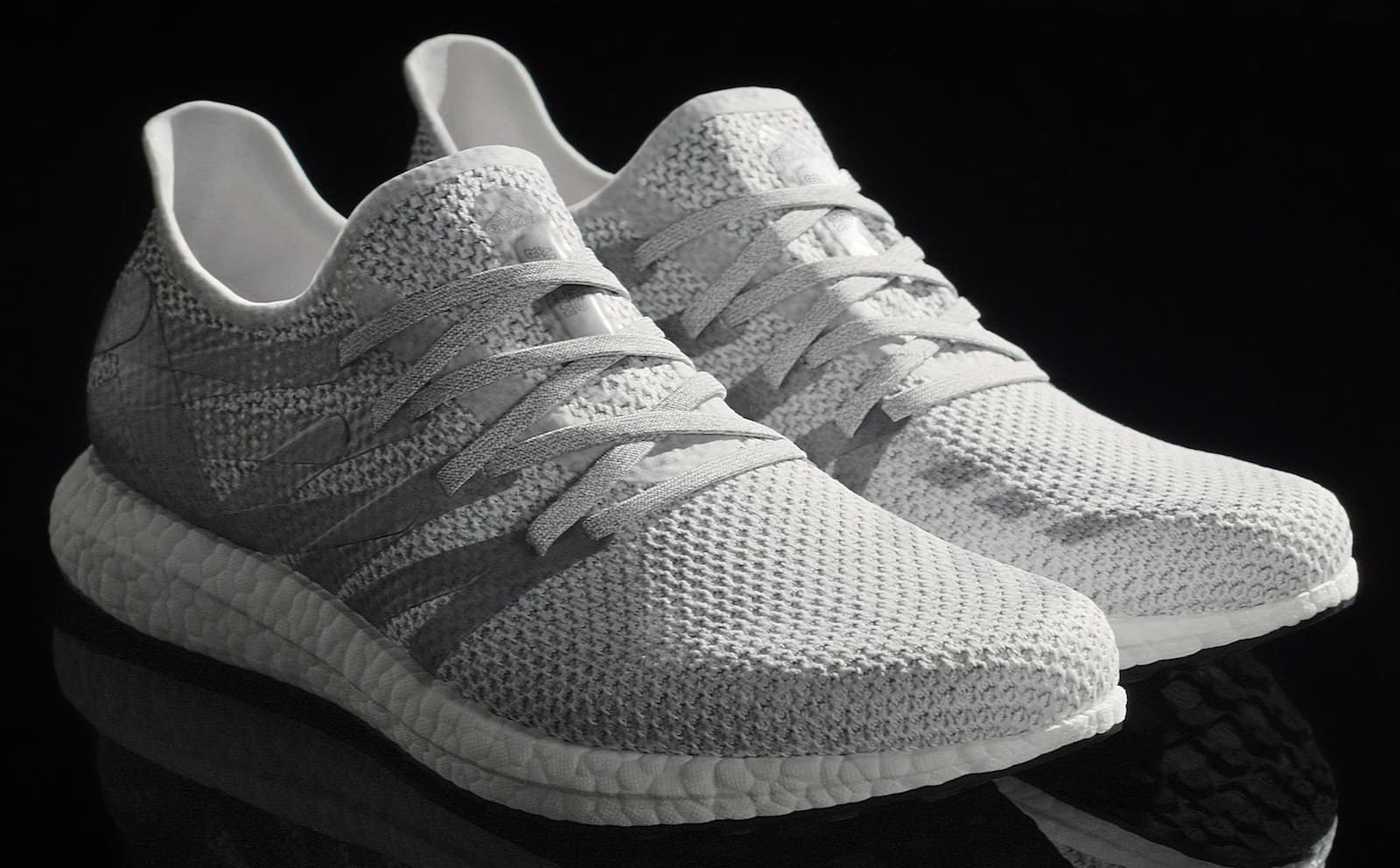 Companies are increasingly turning to robots to create their products. Robots will take five million jobs in the U.S. alone by 2020, according to the U.S. Census Bureau. And the International Labor Organization reports that 137 million Asian workers could lose their jobs to robots in the next 20 years.

Shoemaker Adidas is betting big on the robotic revolution. They've been operating a factory in Germany almost exclusively staffed by robots — and we are now seeing its first shoes.

Adidas has also automated shoe design through ARAMIS motion capture technology. This determines the strain and tension in an individual's skin or bone to create a better shoe.

Ben Heath, Adidas' vice president of design, said the M.F.G. is an example of using robots to make better fitting shoes for athletes.

"The [Speefactory] facility allows us to use data and analytics to shape the future of performance product — we can create a shoe using real-life insight, which can then provide real benefits to the athlete," Heath said in a press release.

The company is trying to shake up the industry with its Futurecraft line but is only selling 500 pairs, for now. We can expect to see more shoes coming out of the Speedfactory when it goes commercial in 2017.

Read This Next
Futurism
Adidas Unveils a Shoe That Can Be Dissolved in Your Sink
Futurism
Adidas Is Looking To Robots To Start Mass Producing Its Shoes
Futurism
New 3D Scanning Tech Guarantees You Buy Shoes That Fit Perfectly
Futurism
Adidas Running Shoes to be Made by Robots Starting in 2016
Futurism
Adidas Created This 3D Printed Shoe Using Plastic Waste from the Ocean
More on Robots & Machines
From the Dept. of...
12:00 AM on futurism
The Best Wireless Mouse of 2023
Balloon Boy
Yesterday on the byte
Other Chinese Balloons Apparently Flew Over America, But Nobody Noticed Them
From the Dept. of...
Yesterday on futurism
The Best Earbuds Under $50 in 2023
READ MORE STORIES ABOUT / Robots & Machines
Keep up.
Subscribe to our daily newsletter to keep in touch with the subjects shaping our future.
+Social+Newsletter
TopicsAbout UsContact Us
Copyright ©, Camden Media Inc All Rights Reserved. See our User Agreement, Privacy Policy and Data Use Policy. The material on this site may not be reproduced, distributed, transmitted, cached or otherwise used, except with prior written permission of Futurism. Articles may contain affiliate links which enable us to share in the revenue of any purchases made.
Fonts by Typekit and Monotype.