A Tiny Device Can Transform Air Pollution Into Usable Fuel

Polluted air goes in, and hydrogen fuel comes out.

Scientists from the University of Antwerp and University of Leuven (KU Leuven) in Belgium have an innovative new solution to pollution (rhyme intended). They have developed a device that filters polluted air and, through that process, produces energy.

The device is a two-roomed photoelectrochemical cell. In one room of the cell, air is filtered in and purified using a photoanode. The process produces hydrogen, which is collected by a cathode behind the membrane that separates the two rooms. This hydrogen can be stored and later used as fuel. 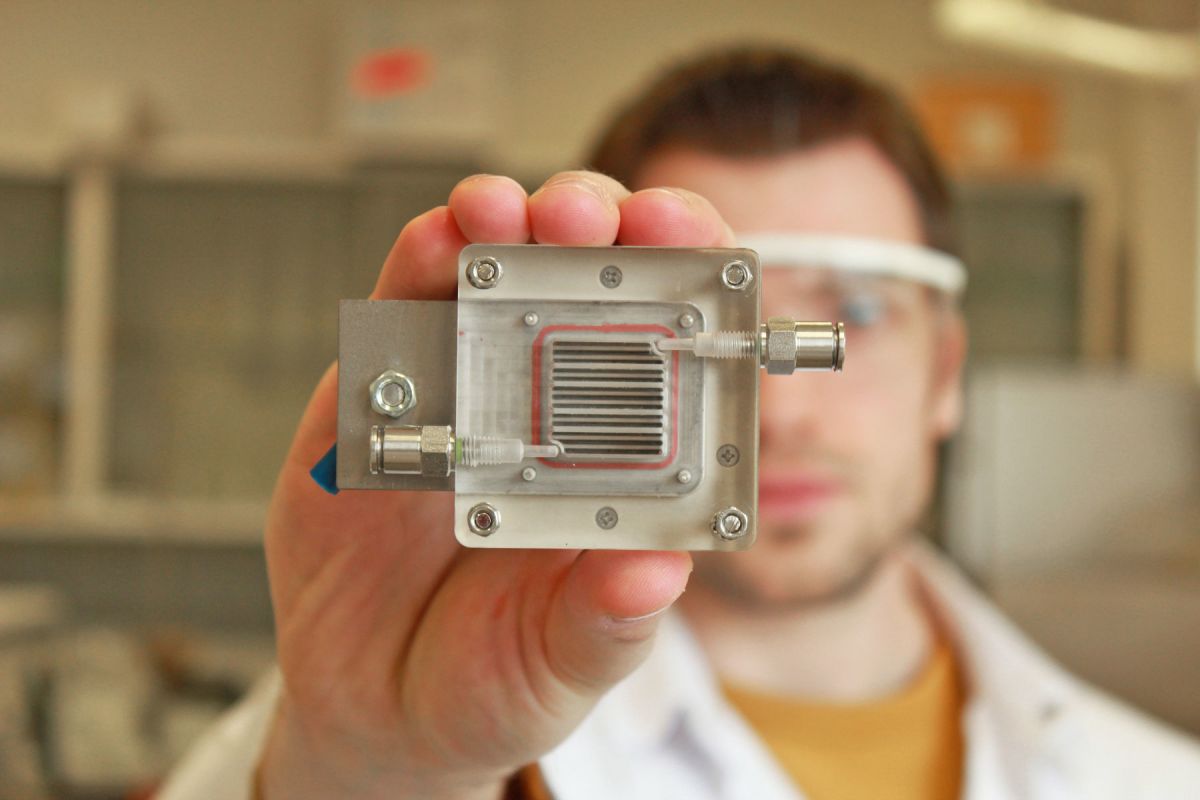 “In the past, these cells were mostly used to extract hydrogen from water. We have now discovered that this is also possible, and even more efficient, with polluted air,” explained Professor Sammy Verbruggen, an author of the study, in a university news release.

As it stands, the device is just a proof-of-concept design. It only measures a few square centimeters, so it couldn’t begin to take on our massive existing pollution problem. However, the idea behind the device is incredibly promising.

While the researchers’ tiny device is still a long way from being useful against pollution, this type of thinking and innovation is the key to progress. Clean energy production and pollution are both massive and worsening environmental, financial, and medical issues. Climate change is not slowing down, and so our efforts to combat it should only be intensifying.

Thankfully, many of the world’s governments are doing just that. China, for instance, is a leading contributor of greenhouse gasses and air pollution. The toxins in the country’s air pose an immediate and serious health risk for its citizens. In response, the nation has been heavily investing in renewable energy sources and aims to improve emissions standards. Recently in Rhode Island, the first offshore wind farm in the U.S. was installed, shutting down a nearby diesel plant, and countries like Germany, Costa Rica, and Canada are all making huge strides toward the elimination of fossil fuels.

Innovation and creative solutions like this air-cleaning fuel cell are part of the answer. Change is possible — we just have to be willing to embrace it.