A Step Forward in the Genetic Treatment of Down's Syndrome: 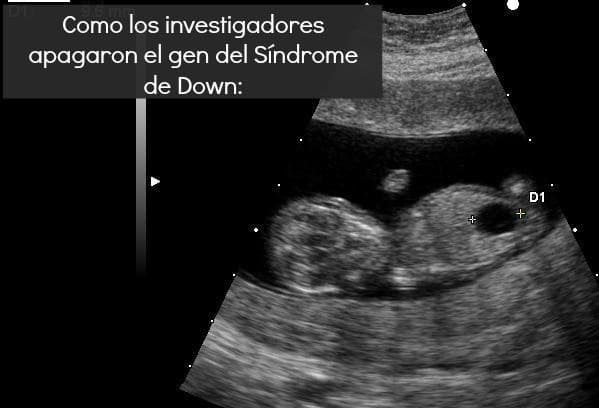 People with this condition have  increased susceptibility to infection, while  children with Down's syndrome have a 10 to 20 fold increased risk of developing leukemia, and 10 to 15% of babies with Down's syndrome have a severe heart defect that requires surgical intervention during the first few months of life. Fortunately, in recent times, we have made great advancements in the fight against this condition.

Researchers at the University of Massachusetts Medical School found a way to "switch off" the extra chromosome that causes Down's syndrome (DS) by adding a gene called "XIST" to human stem cells. So far, the stem cell treatment has only been achieved in singular cells, but researchers claim that there is a good chance of getting full chromosome therapy within 10-15 years.

The team used "genome editing" (a procedure that allows DNA to essentially be cut and pasted) to drop a gene called "XIST" into the extra chromosome in cells taken from people with Down's syndrome. Once in place, the gene caused a buildup of a version of a molecule called RNA, which coated the extra chromosome and ultimately shut it down.

To prevent Down's syndrome, the genome editing would have to be performed on an embryo or foetus in the womb. Ultimately, to be effective, this process would have to correct most, if not all, of the future child's cells. As previously mentioned, this is far beyond what is possible, or allowed, today. So even though this find marks a great improvement to the previous techniques used to deal with DS, there is still a long way to go before medical research will have a complete cure to this genetic fault, which affects 1 out of every 691 live births in the US.

According to Elizabeth Fisher, professor of neurogenetics at UCL, "This is really the first sniff we've had of anything to do with gene therapy for Down's syndrome." Despite advances in medical care that allow most to live well into middle age, those who have the disorder are at risk of heart defects, bowel and blood disorders, thyroid problems, and a host of other conditions that may negativity impact the lives of those living with this condition. However, this study is a step on the right direction, and certainly marks an important milestone for genetic engineering when it comes to health care and human therapies development.

~Down's Syndrome: Down's syndrome is a genetic disorder that includes a combination of birth defects, including some degree of mental retardation, characteristic facial features and, often, heart defects, visual and hearing impairment, and other health problems.

~XIST gene: XIST (X-inactive specific transcript) is an RNA gene on the X chromosome of the placental mammals that acts as major effector of the X inactivation process. X inactivation is an early developmental process in mammalian females that transcriptionally silences one of the pair of X chromosomes, thus providing dosage equivalence between males and females.