This New $5,800 Headset is the Rolls Royce of Virtual Reality

And it's an absolute beast. 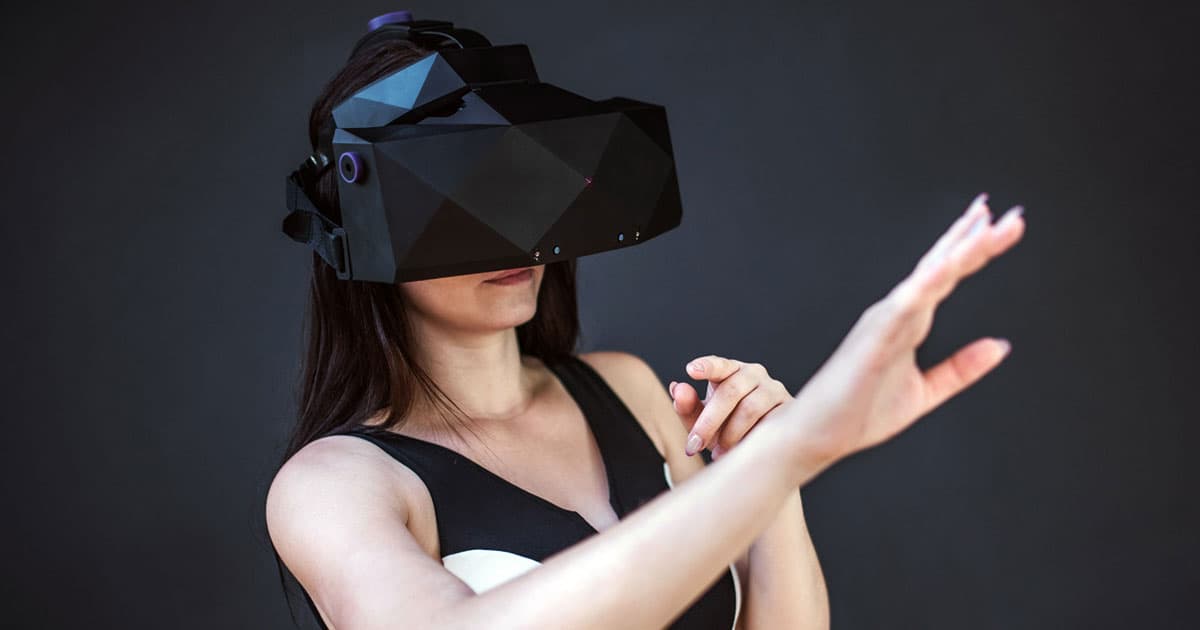 The future of VR is bright. Virtual reality headsets are becoming increasingly affordable, and the technology has come a long way over the last eight years.

And today, we get to experience the newest and greatest the VR world has to offer —if you can afford it: the $5,800 XTAL headset by VR startup VRgineers.

We first heard about the XTAL earlier this year, but a new and improved version is about to make its debut at the Consumer Electronics Show — the world's biggest tech show — in January, TechCrunch reports.

VRgineers touts the XTAL's lenses and displays to be "best-in-class" on its website, while promising "no blurring" thanks to the headset's new-and-improved 180 degree field of view.

Blurring around the edges of the lenses is a common issue with conventional VR headsets. By increasing the field of view to 180 degrees, the XTAL could reduce that effect substantially.

Users will also be able to track their hands while wearing the headset thanks to integrated Leap Motion sensors. Did I mention the headset itself is an absolute unit?

$5,800 is pretty steep for a virtual reality headset these days — Oculus Rift is planning to sell a standalone, but far less impressive headset for just $399 as soon as next year.

So who's it for? But at such a high price point VRgineers is targeting a professional audience, not your average gamer. The startup suggests that the XTAL could be used by automotive designers, and engineers on its website.

Will there be a future for high-end VR headsets? That will mostly be up to the enterprise market to decide.

Read This Next
To Meta Predator
Experts Warn of Child Predators in Mark Zuckerberg’s Metaverse
Defcon Fun
Princeton Researchers Create Terrifying VR Simulation of Nuke Attack to Train US Officials
Brands We Love
Ready or Not, Inexpensive VR Sex Is Going Mainstream
Brands We Love
Realistic, Interactive VR Sex Is Finally Here, and It's Affordable
VR Gaming
Expert: VR Headsets Should Have Brain Interfaces
More on Virtuality
Zapped
Jun 30 on the byte
VR Company Shows Off Full-Body Suit That Electrocutes You Everywhere
Lethal Cringe
Feb 16 on the byte
Mark Zuckerberg Tells Employees They're Called "Metamates" Now
Buyer Beware!
Feb 14 on the byte
Insurance Company Says VR Headsets Are Causing Spike in Smashed TVs
READ MORE STORIES ABOUT / Virtuality
Keep up.
Subscribe to our daily newsletter to keep in touch with the subjects shaping our future.
+Social+Newsletter
TopicsAbout UsContact Us
Copyright ©, Camden Media Inc All Rights Reserved. See our User Agreement, Privacy Policy and Data Use Policy. The material on this site may not be reproduced, distributed, transmitted, cached or otherwise used, except with prior written permission of Futurism. Fonts by Typekit and Monotype.