This Material Can Harvest Energy From the Sun, Heat, and Movement

It’s the 3-in-1 material of renewable energy.

First made popular in Asia, 3-in-1 instant coffee makes sense. Instead of adding sugar and cream after its made, just put all three ingredients right in the pack and be done with it. Now, researchers from the University of Oulu in Finland have discovered the 3-in-1 material of renewable energy, so to speak. This one material can simultaneously extract energy from three of the most accessible renewable energy sources at our disposal: sunlight, heat, and movement.

The material is from a family of minerals with a perovskite crystal structure. Perovskites are ferroelectric materials, which means they are filled with tiny electric dipoles similar to the tiny compass needles in a magnet. Accordingly, when ferroelectric materials experience temperature changes, their dipoles misalign and induce an electric current. Electric charge also accumulates depending on the direction in which the dipoles point. Certain regions attract or repel charges when the material is deformed, which also generates current.

Some perovskites are adept as harvesting one or two types of energy, but only one type at a time. However, according to researchers Yang Bai and his colleagues at the University of Oulu, who published their study in the journal Applied Physics Letters, a specific type of perovskite material called KBNNO is able to harness many forms of energy at once. 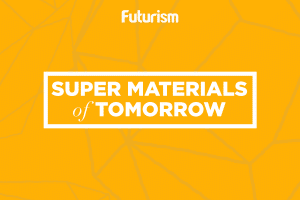 The researchers saw that KBNNO is quite good at generating electricity from heat and pressure, but it would need to be modified to improve its pyroelectric and piezoelectric properties. “It is possible that all these properties can be tuned to a maximum point,” said Bai. His team is already exploring an improved version of the material by preparing KBNNO with sodium. The team plans to work on a prototype device that can harness multiple forms of energy. With fabrication fairly straightforward, commercialization could be expected within a few years.

As gadgets become more sophisticated, there’s one technology that seems to be left behind: batteries. They really haven’t changed much — as your everyday smartphone experience likely shows you — and most devices still rely on lithium ion variants. That could all change thanks to this new discovery, which could completely eliminate the need for batteries in smaller gadgets. “This will push the development of the Internet of Things and smart cities, where power-consuming sensors and devices can be energy sustainable,” Bai said.

There’s no limit to the ways we could incorporate a multi-energy-harvesting material into our world. Eventually, it could potentially be integrated into traditional solar panels so they could harvest energy when the Sun isn’t shining, make it so you never have to charge your smarphone again, or even help run electric cars.