Who is Andrew Yang? 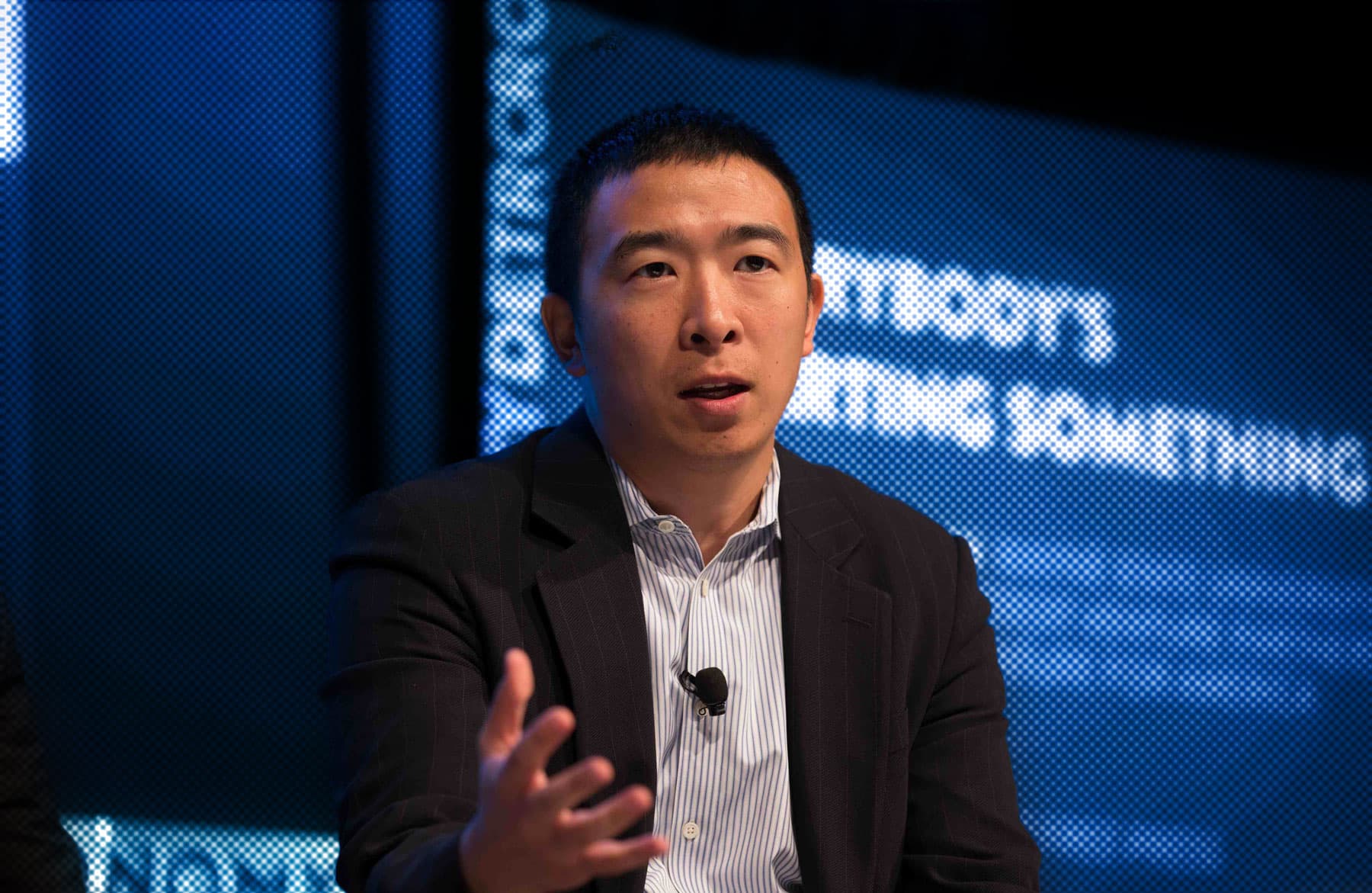 Andrew Yang is a former tech executive from New York with his sights set on the White House. While Yang may be a bit of a long-shot as a presidential candidate, his unique platform certainly sets him apart. That platform? Automation and the devastating effects that advancing technology could have on our jobs and our lives.

So, what does a man who's focused on the potential of a robot apocalypse want to initiate for America? Yang's full platform is still developing, but he is pushing for what he calls a "Freedom Dividend." This would be a form of universal basic income (UBI) that would provide a monthly stipend of $1,000 for all Americans between the ages of 18 and 64.

Yang thinks that this could be an effective buffer for automation-linked job loss. He is especially concerned with job loss as it pertains to self-driving vehicles. "All you need is self-driving cars to destabilize society," he told the New York Times. "We're going to have a million truck drivers out of work who are 94 percent male, with an average level of education of high school or one year of college."

Andrew Yang is not the only tech-focused candidate pushing the envelope. Zoltan Istvan, the leader of the Transhumanist party, was a 2016 presidential candidate and is now a California gubernatorial candidate who thinks that we should put science, health, and technology at the forefront of politics. His ultimate goal (or, rather, hope) is to allow humans to live forever.

However, Yang's platform is quite different from Istvan's. While he is science and tech-focused, Yang is more fixated on building infrastructure to support a society whose advanced technology makes a great percentage of human jobs obsolete. This reality that Yang is planning for sounds futuristic, but it's already begun, with cashier-less stores, driverless trucks, and much more already integrating into our lives.

Some are concerned that Yang's ideas involving basic income as a solution for job loss are too liberal to be embraced by conservatives. But Yang, a proud supporter of capitalism, believes that basic income is a necessity if capitalism is to continue in our advancing world. He thinks that this business-driven model could appeal to the left as well as the right, and ease us into the future.

Read This Next
Cost of Living
This Company Is Paying People $1,830 to Film Them Constantly
Lowkey Robot Takeover
New Futurist Fear: "Economic Singularity" Could Kill Jobs Forever
Fund The Net
AOC: Automation Means “More Time Enjoying the World We Live In"
UBI and Robots Forever
How Universal Basic Income Could Be Affordable, Andrew Yang Explains
Defying Automation
Globally, Most Workers Think Robots Couldn't Handle Their Jobs
More on Future Society
I Silence Thee
Jan 28 on futurism
Leaked Messages Seem to Show Elon Musk Using Twitter to Punish His Enemies
Gas Giant
Jan 27 on the byte
Journalist Eats Lab-Grown Chicken, Gets "Weirdly Gassy"
Musk Rats
Jan 26 on the byte
Twitter Is Quietly Re-Suspending the Lunatics Elon Musk Let Back On
READ MORE STORIES ABOUT / Future Society
Keep up.
Subscribe to our daily newsletter to keep in touch with the subjects shaping our future.
+Social+Newsletter
TopicsAbout UsContact Us
Copyright ©, Camden Media Inc All Rights Reserved. See our User Agreement, Privacy Policy and Data Use Policy. The material on this site may not be reproduced, distributed, transmitted, cached or otherwise used, except with prior written permission of Futurism. Articles may contain affiliate links which enable us to share in the revenue of any purchases made.
Fonts by Typekit and Monotype.