Department Of Veterans Affairs Will Subsidize Robotic Legs for Veterans 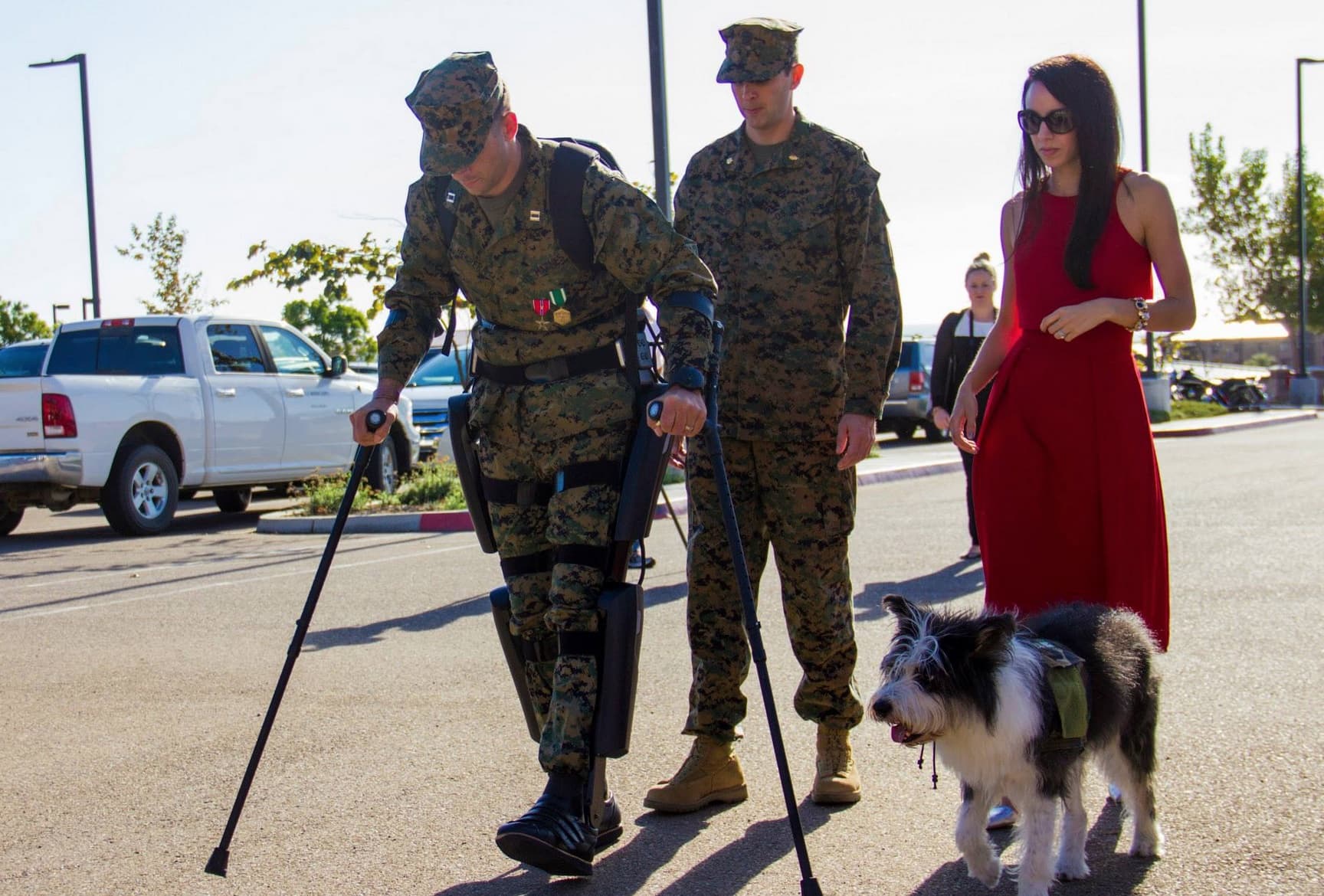 The Department of Veterans Affairs will now shoulder the costs of robotic leg devices for eligible paralyzed veterans with spinal cord injuries, The Associated Press reports.

"The research support and effort to provide eligible veterans with paralysis an exoskeleton for home use is a historic move on the part of the VA because it represents a paradigm shift in the approach to rehabilitation for persons with paralysis," according to Dr. Ann Spungen, who told AP that this statement is the result of a major shift in policy. The device was previously priced at $77,000, a figure that is prohibitively expensive for most disabled veterans.

The apparatus, called a ReWalk Personal device, permits users to stand erect and walk using "wearable brace support, a computer-based control system and motion sensors," ReWalk says. The system was approved for home use in 2014 by the FDA.

"The policy outlines a sound process to educate, train and importantly, to provide individual veterans with a so that they may walk at home and in the community," according to the press release from ReWalk company CEO Larry Jasinski. "We expect this landmark national policy will substantially improve the health and quality of life of many veterans in the years ahead."

Due to certain conditions, however, not all paralyzed veterans will be able to avail of this device. The ReWalk "only works for certain paraplegics who meet height and weight requirements," says NPR's Amy Held. That's only a fraction of the tens of thousands of paralyzed vets.

So far, it has been determined that 45 paralyzed veterans can avail of the device and have started the process of enrolling into the program, though there are tens of thousands of paralyzed vets.

AP interviewed Gene Laureano, a 53-year-old veteran who has participated in the program. " 'The tears came down,' he said. He was paralyzed years ago after falling off a ladder. 'I hadn't spoken to somebody standing up in so long. I just kept remembering the doctor told me it was impossible for me to walk, and then I crossed that threshold from the impossible to the possible.' "

Read This Next
Brands We Love
Right Now, You Can Get This Game-Changing Workout App for 50% Off
Hand That Feeds
A Wearable Robot Arm Makes You Work for Thanksgiving Leftovers
Futurism
Exoskeletons are About to Walk Ford's Factory Floors
Futurism
We’ve Reached A New Level In Bionics: Artificial Limbs We Forget Are Artificial
Futurism
Pacific Rim's Robots Are Less Advanced Than Some of Today's Real Robots
More on Enhanced Humans
Brain Transparency
Feb 3 on futurism
Duke Professor Welcomes the "Promising" Future of Employers Reading Your Brain
Brain-Computer Im...
Jan 3 on the byte
Neuralink Cofounder Says New Company's Eye Implant Could Be "Ultimate" VR Tech
Eyes Have It
12. 30. 22 on futurism
Meet the Neuralink Cofounder Who Left and Started a Competitor That's Now Rapidly Catching Up
READ MORE STORIES ABOUT / Enhanced Humans
Keep up.
Subscribe to our daily newsletter to keep in touch with the subjects shaping our future.
+Social+Newsletter
TopicsAbout UsContact Us
Copyright ©, Camden Media Inc All Rights Reserved. See our User Agreement, Privacy Policy and Data Use Policy. The material on this site may not be reproduced, distributed, transmitted, cached or otherwise used, except with prior written permission of Futurism. Articles may contain affiliate links which enable us to share in the revenue of any purchases made.
Fonts by Typekit and Monotype.