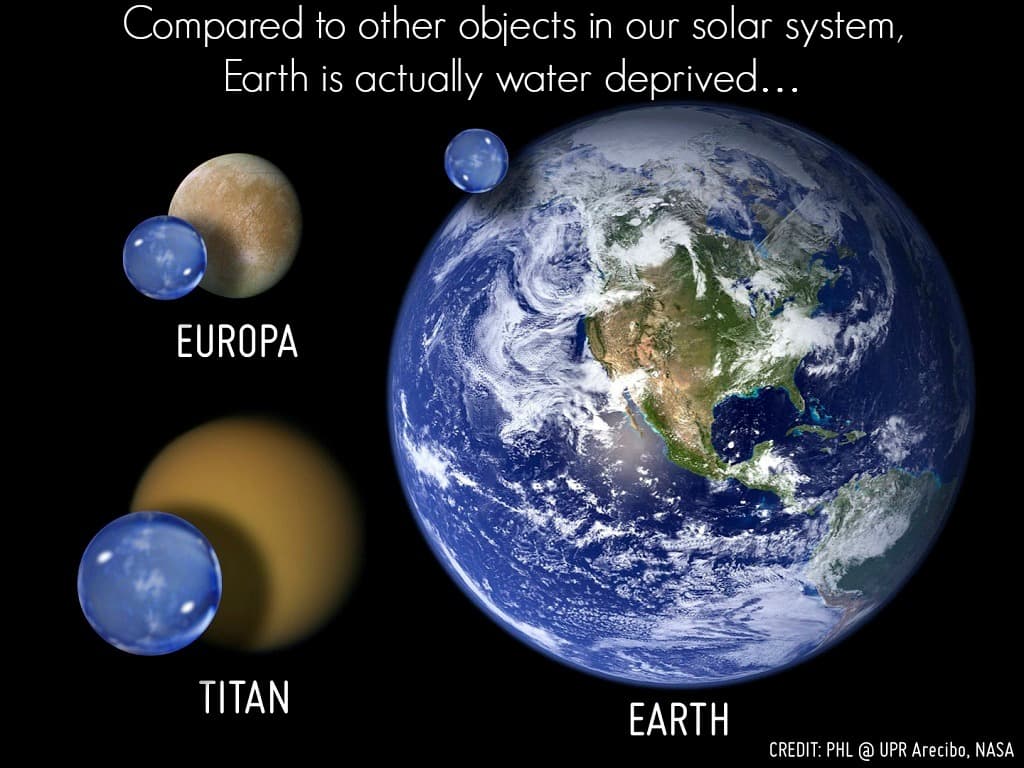 As you may know, a large majority of Earth’s surface (about 70% of it), is covered by water. However, you have to factor in just how thin this layer actually is, which presents a question: how much water does Earth actually have?

Well, according to a 2013 Geological Survey, if we could gather ALL of Earth’s water — from the oceans, lakes, streams, rivers and even the polar ice caps — into a single drop, it would have a diameter of just 860 MILES. (To put this in perspective: for Americans, roughly the same distance separates Salt Lake City, Utah and Topeka, Kansas. For Australians, about the same mileage is between Melbourne and Brisbane). This huge “drop” would be approximately 332,500,000 cubic miles (1,386,000,000 cubic kilometers) in volume though.

Furthermore, the amount of freshwater (you know.. the water that is okay to consume)  is even smaller. If we were to gather all of it up, the drop would be only 169.5 miles (272.8 kilometers) across in total; a smaller landmass than the state Kentucky (USA), or about half the length of Britain (estimates say its about 402 miles/667km long, north to south).

If we were to gather the entirety of Europa’s water into a sphere, the sphere would have a radius of 877 kilometers. That’s almost 2-3 times more water (volume-wise) than all of Earth’s oceans combined.

It's amazing to think about. Our pale blue dot, at its heart, really isn't all that blue. But this is just the tip of the iceberg. There are a number of fascinating facts about our planet. Some, you may have heard of before but never fully understood. And some seem entirely out of this world. Whatever the case may be, take a moment, and get to know our planet a little better in the video below.