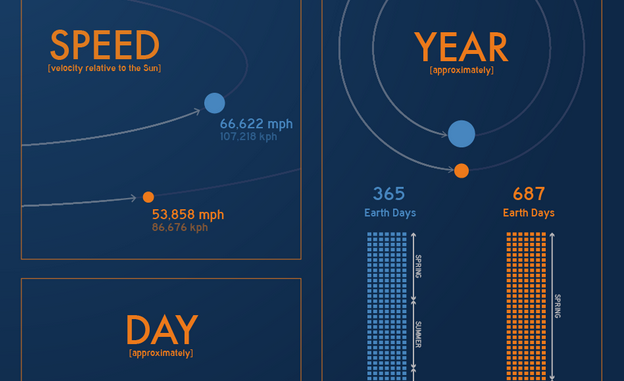 Mars has been a target for our missions ever since the dawn of the space race. The planet, which is named after the Roman god of war because of its red blood-like appearance, has certainly claimed its fair share of rovers and probes. This is no surprise, as Mars is one of our closest neighbors, making it relatively easy to reach. And unlike Venus, the planet is rather hospitable.

Of course, things would go quite poorly if you decided to take a stroll across this rust colored world sans spacesuit (what with the temperatures reaching -195 Fahrenheit/-125 Celsius and all). However, the relatively tranquil planet is the perfect place for rovers and probes.

Since its conditions are so favorable, we have made a number of jaunts to Mars. The below infographic comes from NASA, and it covers the various facts and figures that we've uncovered over the years.