The Search for a Habitable Planet: Gliese 667Cc 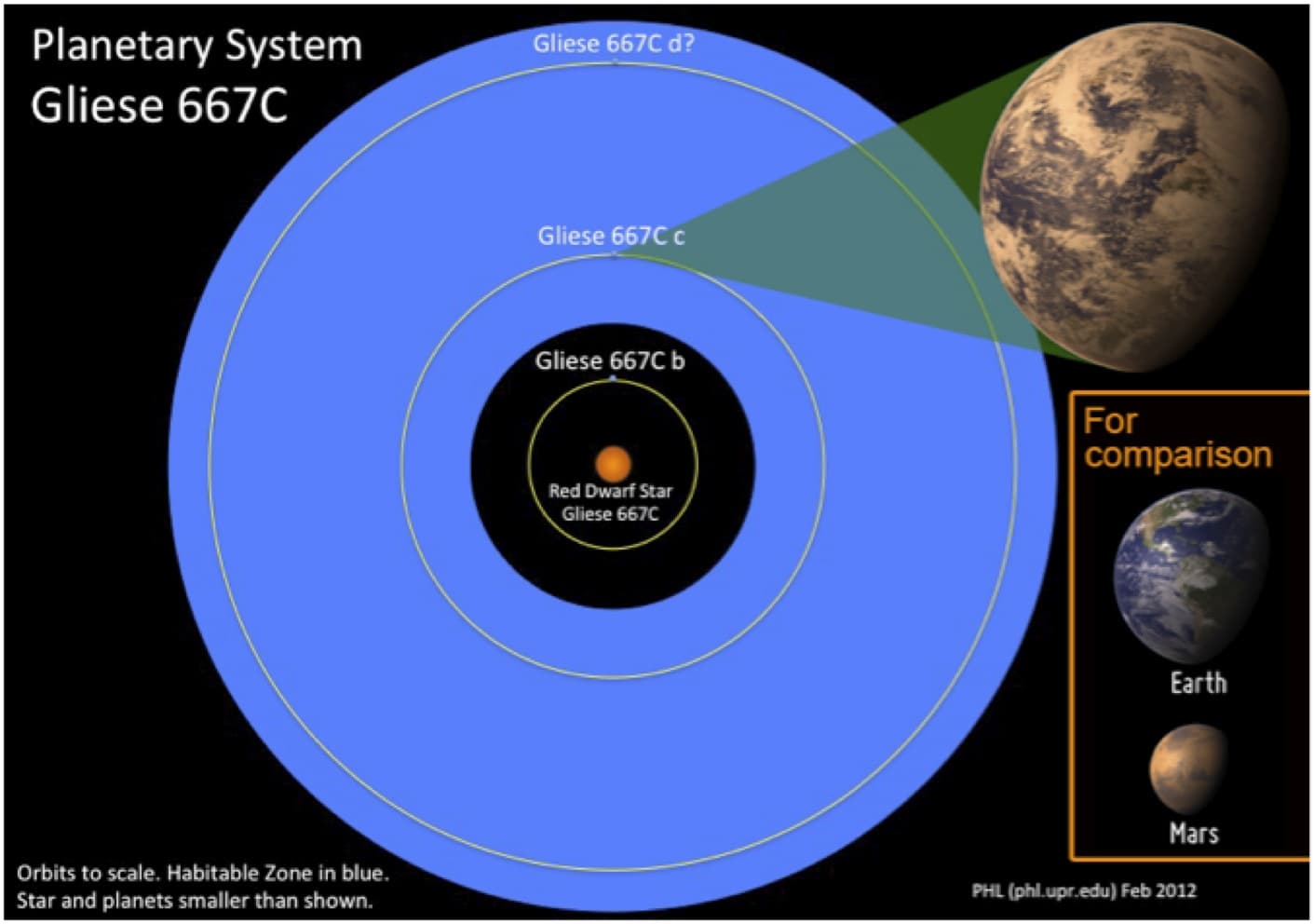 As far as extra-solar planet hunting goes, we've found quite a few of them. Most, however, haven't been remotely discussed as being potential candidates to host life as we know it. In fact, hardly any have been discovered inside the Goldilocks region of their star (the area where liquid water could theoretically exist). However, scientists know of one planet that could potentially host life. It has been dubbed the "holy grail" of extrasolar planets, and it's only 22 light-years away!

Gliese 667Cc is an extrasolar planet that's located in the constellation Scorpius. With approximately 4.5 times the mass of the Earth, the planet is considered a "super-Earth." By definition, a super-Earth is an extrasolar planet with a mass higher than Earth's, but substantially below the mass of the Solar System's gas giants (meaning that the title, super-Earth, says nothing about what the surface of the planet is actually like, or whether or not habitability on the planet is really a possibility). However, things look at least a little promising for Gliese 667Cc. As previously mentioned, this particular super-Earth lies within the Goldilocks region of it's parent star (which is a Red Dwarf star), which means it could conceivably retain water in a liquid state without it freezing or evaporating.

What's more, scientists have calculated the amount of light and energy  the planet receives from its parent star, and apparently Gliese 667Cc receives close to 10% less light than we get from our sun. Nevertheless, most of the light being projected is in infrared. Therefore, the planet receives almost the same amount of energy as Earth does. This is also good news and increases the prospect of water being retained on the surface of the planet. It also means that the climate is probably similar to our own.

With all of the stars in the universe, and the high probability of planets forming in a similar fashion to our own solar system, it isn't quite so surprising to find another planet that has most of the ingredients necessary for life to develop and evolve. Of course, more information is needed about this planet before we get too far ahead of ourselves and get carried away with excitement. Like: Does the planet have a moon? What about plate tectonics? What does its atmosphere consist of? So, let's not jump into a spaceship and take off just yet. But regardless, of whether or not it is really like Earth, this is an exciting discovery. Earth-like planets could be far more numerous than we currently anticipate, thus, intelligent civilizations could be a common occurrence as well. Who knows. with any luck, time will tell.